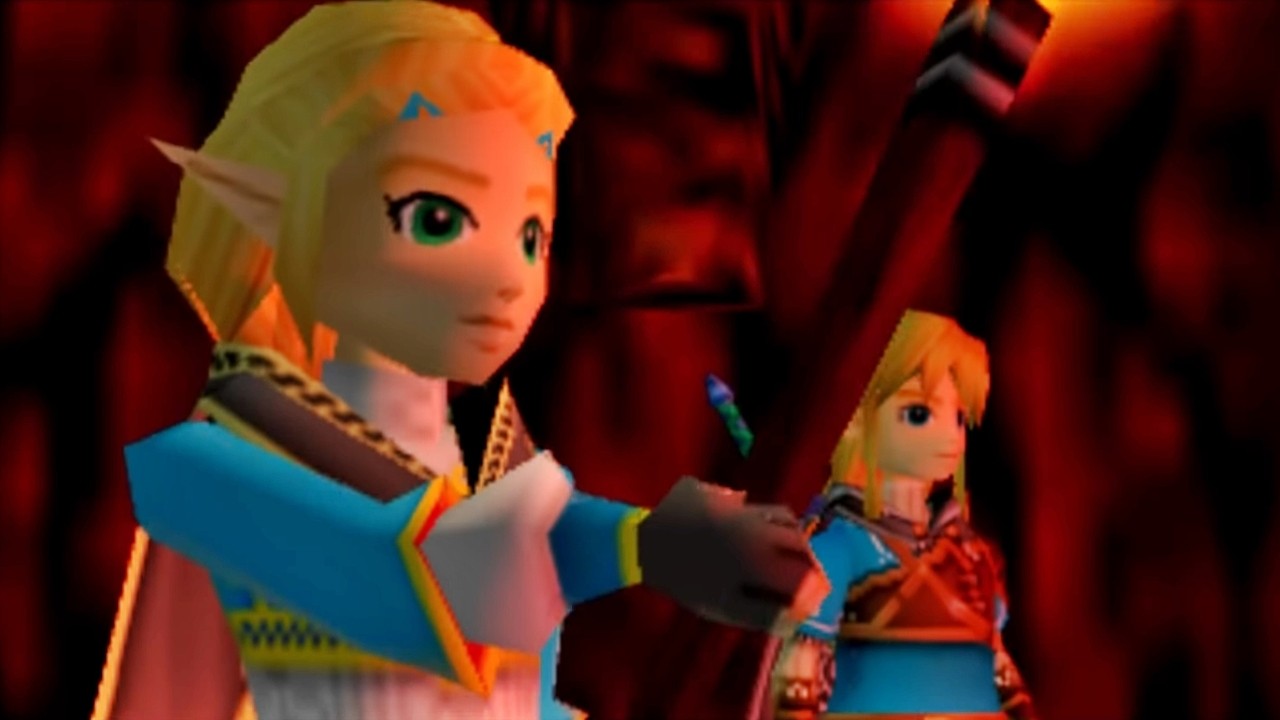 When Nintendo revealed a sequel to The Legend of Zelda: Breath of the Wild was officially in development at this year’s E3, the darker tone was immediately noticeable. In fact, we sort of got Majora’s Mask vibes, as there was so much doom and gloom present within the teaser trailer.

With this in mind, a modeler and animator known as ‘The Regressor‘ has taken the teaser trailer for Link’s next outing on Switch and “demade” it – to make it look like a Nintendo 64 title. Although the creator says their goal wasn’t to perfectly replicate the Zelda games on Nintendo 64, we think it looks spot on.

The creator further explains how “all 3D assets (characters, environments, “effects”) are modeled, rigged, animated, and textured” in Autodesk Maya 2009 and Photoshop. And then goes into a much more detailed breakdown:

The video frames are natively rendered at 240×320 (4:3) resolution at 30 fps, but is intentionally frame posterized to show at 15-18 fps and enlarged with no anti-aliasing or image softening to 1920×1080 (16:9) for upload. There are always supposed to be black bars on the sides; black bars on the top/bottoms during the “cutscenes”.

The music and sound effects were handled by Vince94. For the sake of comparison, take a look at the original Switch teaser trailer below and also be sure to check out the Nintendo Life Breath of the Wild 2 guide, if you haven’t already.

Are you as impressed by this as we are? Does it make you want to revisit The Legend of Zelda on Nintendo 64? Tell us below.