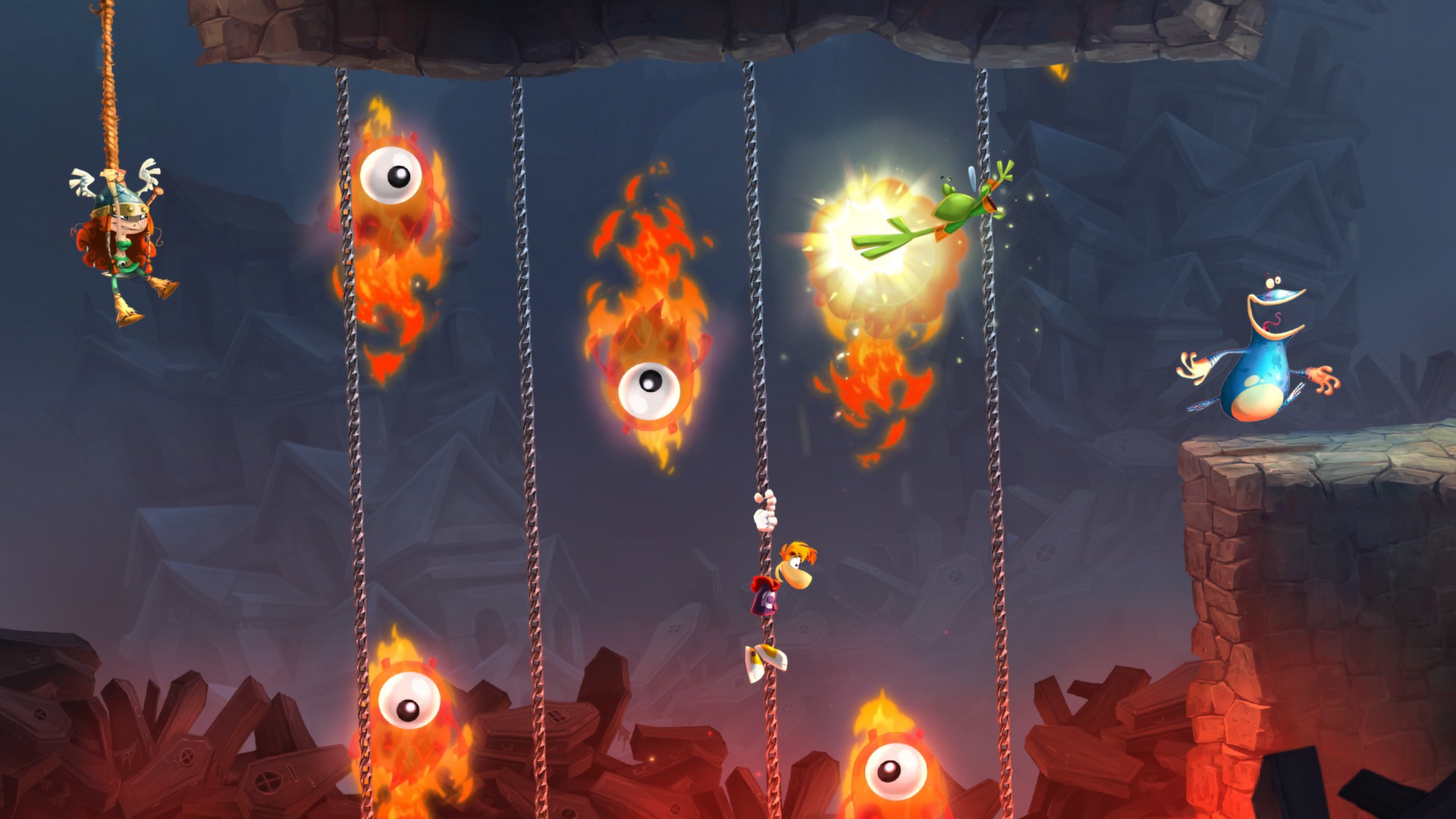 Come one, come all. Epic Games have spun the big wheel of free games once again – this week, Rayman Legends is running, jumping and slapping up the store for nary a penny. A rhythm-driven romp through some lovingly drawn chaos, it’s one of the best platformers on PC – and you can pick it up for free until next Friday.

Rayman has always been kind of a chump’s mascot. He’s as invisible as his arms, with the personality of a baguette. His oldest games are perfectly fine, if immediately forgettable. It’s not really shocking that the series’ most enduring legacy is probably those insufferable rabbit things. At some point in the last decade, though, Ubisoft decided to go and make some absolutely stunning sidescrollers, giving us a Rabbid-free revival of the limbless mascot.

Origins and Legends are brilliant wee things – joyous, beautiful, musical platformers than pull off Sonic’s promise of effortless momentum without being so damn edgy about it. Legends is particularly fond of cranking up the tunes, occasionally breaking into song to become an autoscrolling rhythm platformer with the not-Minions singing a cover of Black Betty in the background.

It’s not as bad as that sounds. Honest.

Legends is still a stunner, even 6 years later. Here’s Adam’s (RPS in peace) Rayman Legends review from back in the day. Jeremy Peel prefers Oranges, calling it the best platformer on PC, but Legends is a damn good’un.

Raymond Legumes is free on the Epic Games Store until Friday, December 6th, at which point it’ll cost you £16. Next week’s free game is Jotun, an equally stylish viking boss-battler.