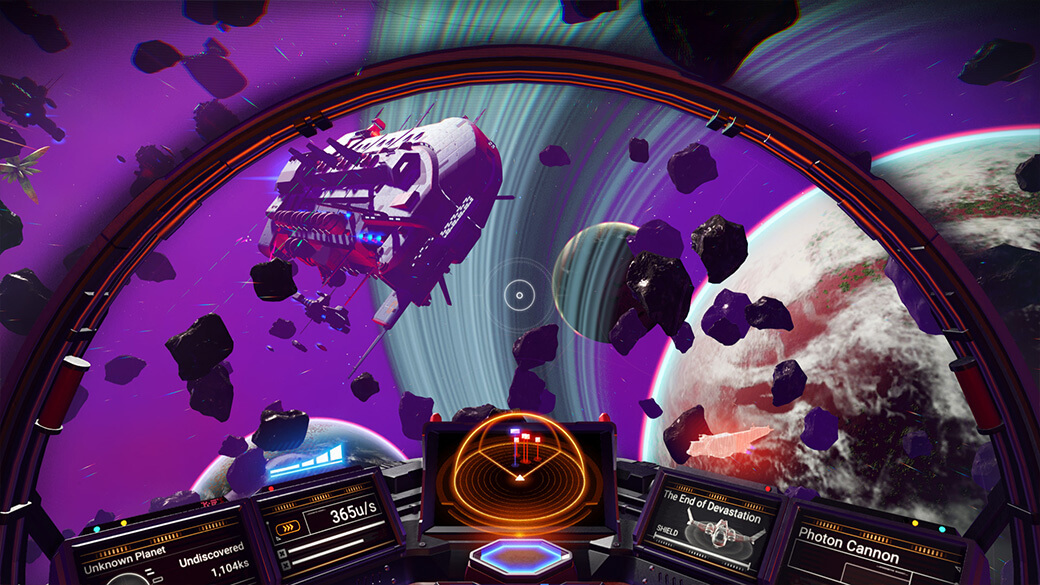 When Hello Games announced last week that their next update would improve nearly every part of No Man’s Sky in some way, they weren’t trading in hyperbole. The now-live Synthesis update squashes bugs and smooths out base building, sure. But the marquee additions that elevate it above mere housekeeping include the ability to salvage your ship for parts, carry a handful of multi-tools on your person, and grind ‘n’ combine elements within your handy space backpack.

Among No Man’s Sky’s many draws, ship hunting has become a popular pastime for end-game Travellers (so much so that an entire subreddit exists solely to facilitate). But personal fleets max out at six vessels, leaving collectors to liquidate old favorites to make room or else create a new save. And while I’d love to report an expansion to everyone’s space garages, we got the next best thing: salvaging.

Players can now break old or unwanted ships down to their parts, harvesting tech and materials that can be repurposed upgrading your remaining babies. And that’s swell because Hello Games retooled the upgrade page on all starships. Technology slots can be purchased at space stations, same as your backpack or multi-tool, and for a serious investment of materials you can upgrade your intergalactic cruiser to the next class.

Side piece enthusiasts will be happy to know that you can now own several multi-tools. No need to drop your favorite honking big blaster in favor of a puny but super rare alien pistol. They all stay with you and can be switched out from within the quick menus.

I’d wager most players have at one point (or several points) plopped down a refiner, filled it with collected elements and went about shooting robots, exploring ruins, or petting the native wildlife. And once you figured it was time to mosey, you jetted off and left that refiner stranded on the surface, forgotten until the next time you needed it. Say goodbye to such an embarrassing scenario because all Traveller backpacks now come equipped with a personal refiner. Blast those simple elements together while you explore, safe in the knowledge that your chemical collider is always close at hand.

Among these more evident additions are a litany of smoothing and shining to every inventory screen, menu, map and interface. Base parts snap together more cleanly, VR players have access to more features that are standard in the console and PC versions, and you better believe “Enabled the riding of blob-style creatures” roused cheers from a small but passionate slice of the community. Synthesis isn’t as flashy as August’s Beyond update, but director Sean Murray previously claimed this round was more about addressing community concerns than providing narrative meat to chew.

Whatever comes next in No Man’s Sky’s infinite procedural universe is still a mystery. Synthesis girded the ongoing weekend missions with some extra dialogue, but players will need to practice some patience in regards to whatever “impactful future updates” might mean. For a full list of the changes and bugfix minutia bundled into Synthesis, check the patch notes.