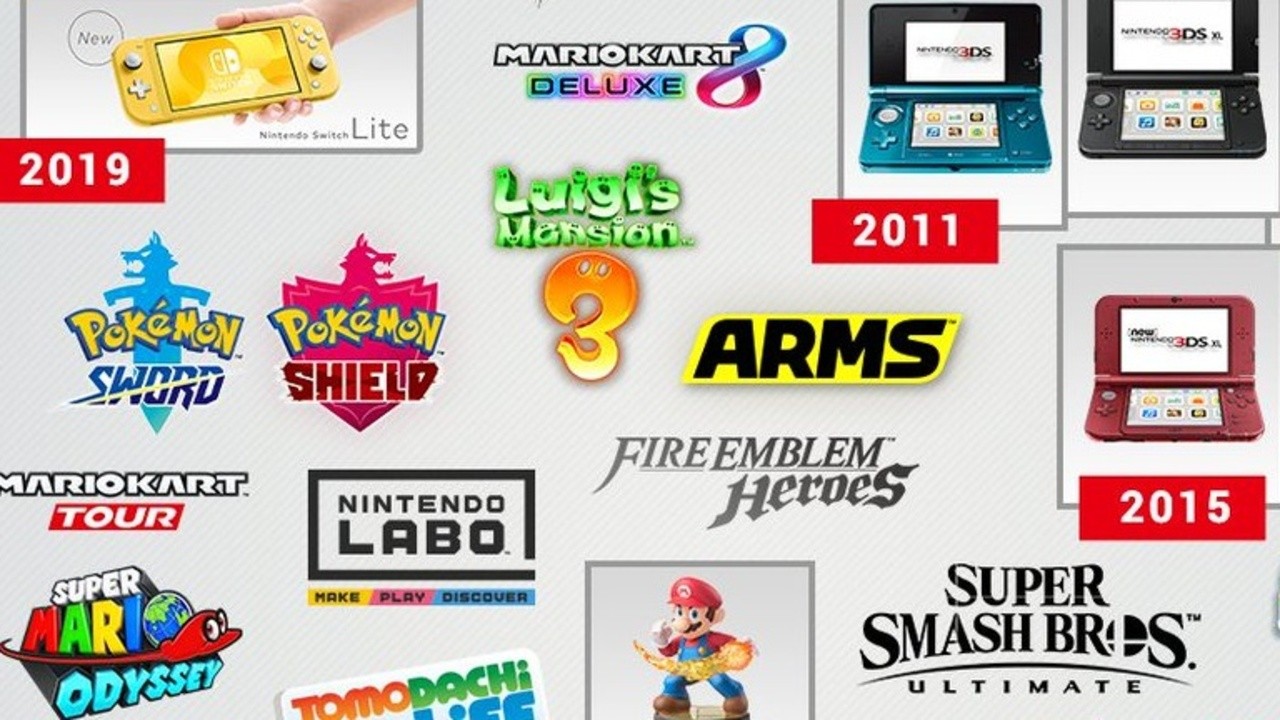 To celebrate the last decade, Nintendo of America has released a colourful infographic on Twitter, highlighting all of the games and systems it has released.

In terms of consoles, we started out with the previous generation of hardware. This included the release of the 3DS in 2011 and the Wii U in 2012. Further down the track the NES and SNES Classic Mini systems were released and this followed with the launch of the Switch in 2017.

As for software, there’s been games like Pikmin 3, Super Mario Maker, Nintendo Labo, Mario Kart 8 Deluxe, The Legend of Zelda: Breath of the Wild and Splatoon 2. There’s also been some new accessories like the Poke Ball Plus and amiibo have been around since 2014. Take a look at the full chart below:

Have you enjoyed the past decade of Nintendo gaming? Is there any other hardware or software you enjoyed? Leave a comment below.