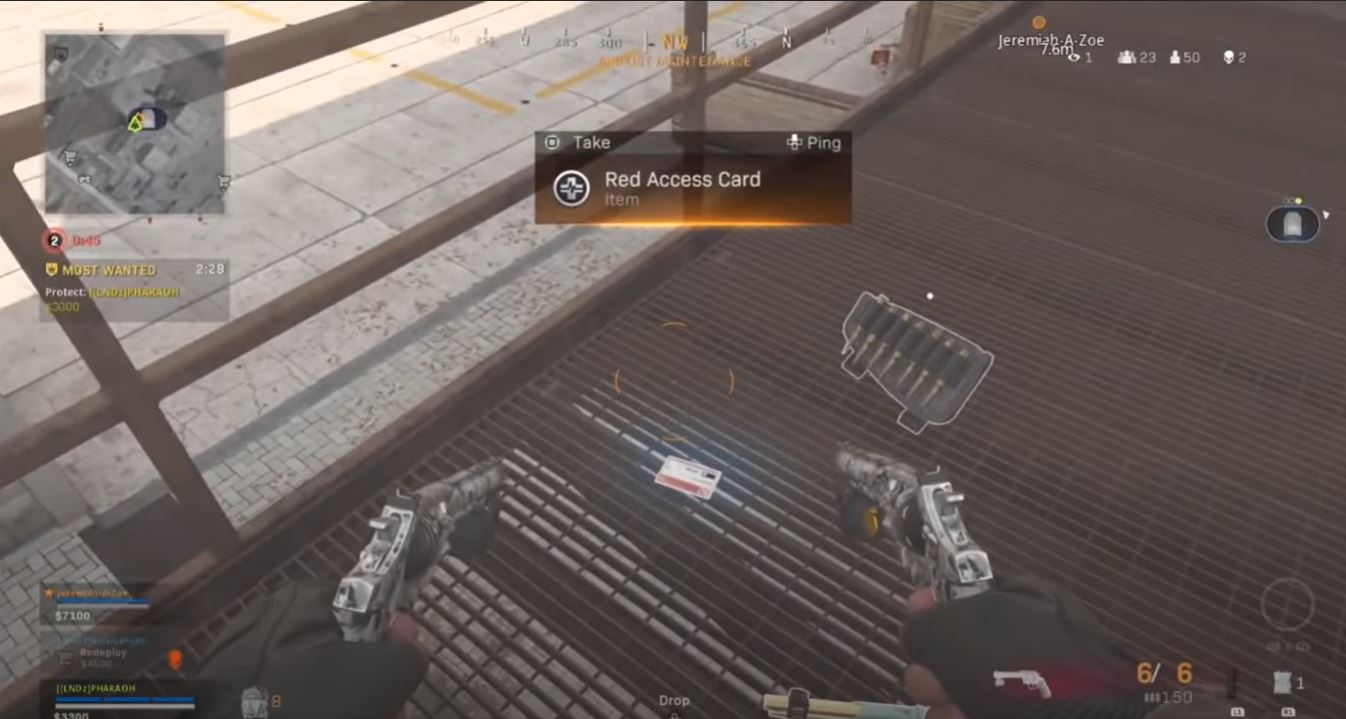 If there’s one thing that the battle royale genre does right outside of multiplayer mayhem, it’s crafty easter eggs, teased out over weeks, more often than not leading to massive in-game events. One such situation looks to be rumbling on over in Call of Duty Warzone with the arrival of the Red Access Card.

Call of Duty Warzone’s Red Access Card drops from legendary chests, is currently listed as a healing item, and like all good easter egg puzzles, seems to be completely useless.

We’ve rounded up some of the more interesting community theories of what the Red Access Card will actually do below, and update this page further as more information develops.

As we mentioned, the Red Access Card is a rare drop from legendary chests in Call of Duty: Modern Warfare’s battle royale mode: Warzone.

It’s a tough item to find, with a low drop rate from already rare legendary chests.

As to what it does, a few obvious theories sprung up, but were quickly debunked.

First off, hidden around the Warzone map there are underground bunkers, each containing a locked door and a keypad. You can interact with the keypad which says: “Enter Code”.

It seems like a natural conclusion, right? New Access Card, code-locked doors? But no. It’s been confirmed that none of the currently available bunkers can be opened using the Red Access Card.

The same goes for all of the other objects around Warzone you can interact with. The Red Access Card also doesn’t do anything with the computers that ask you to input a password, or the phones you can “use”.

However, it isn’t out of the question that the Red Access Cards will eventually open the bunkers. Over at r/modernwarzone, user DougDagnabbit posted a datamined bunker opening animation which had been extracted from Warzone’s game files.

This would suggest that cards could eventually open bunkers, but that the functionality hasn’t been added to Call of Duty yet.

It’s also worth noting how the color of the card has been specified. That we’ve seen a “Red” Access Card could hint at the existence of other ones in the future, which do different things based on their color.

Much of the speculation regarding the Red Access Card has centred around its supposed ties to prospective in-game events.

The below video from YouTuber MrDalekJD speculates that the card could be linked to a possible zombie infestation coming to the Warzone map.

The rationale is that if the card opens the bunkers, just about anything could be inside. Zombies were long mooted to be in development for CoD: Modern Warfare, but were allegedly scrapped to make room for Warzone.

This could be the start of an event to reintroduce them to the series.

MrDalekJD also floats that the Red Access Key could have something to do with the Dam, suggesting that a Fortnite-style map geography changing event could be on the cards. There are a lot of points-of-interest which would play very differently if flooded, or if they were to collapse under a sudden rush of water.

Another popular theory that’s been touted by players on the r/modernwarzone subreddit, is that this could be linked to the rumors of tactical nukes coming to the game mode.

If a player scores even points to call in a nuke, then perhaps an Access Card could open a bunker for you and your team to hide inside of and avoid harm?

Whatever’s about to happen, be sure to check out our list of the best warzone loadouts while the easter egg hunt continues.

Also uncovered in Warzone’s files after the most recent patch was a giant pink anime truck skin – may the lord have mercy on us all.