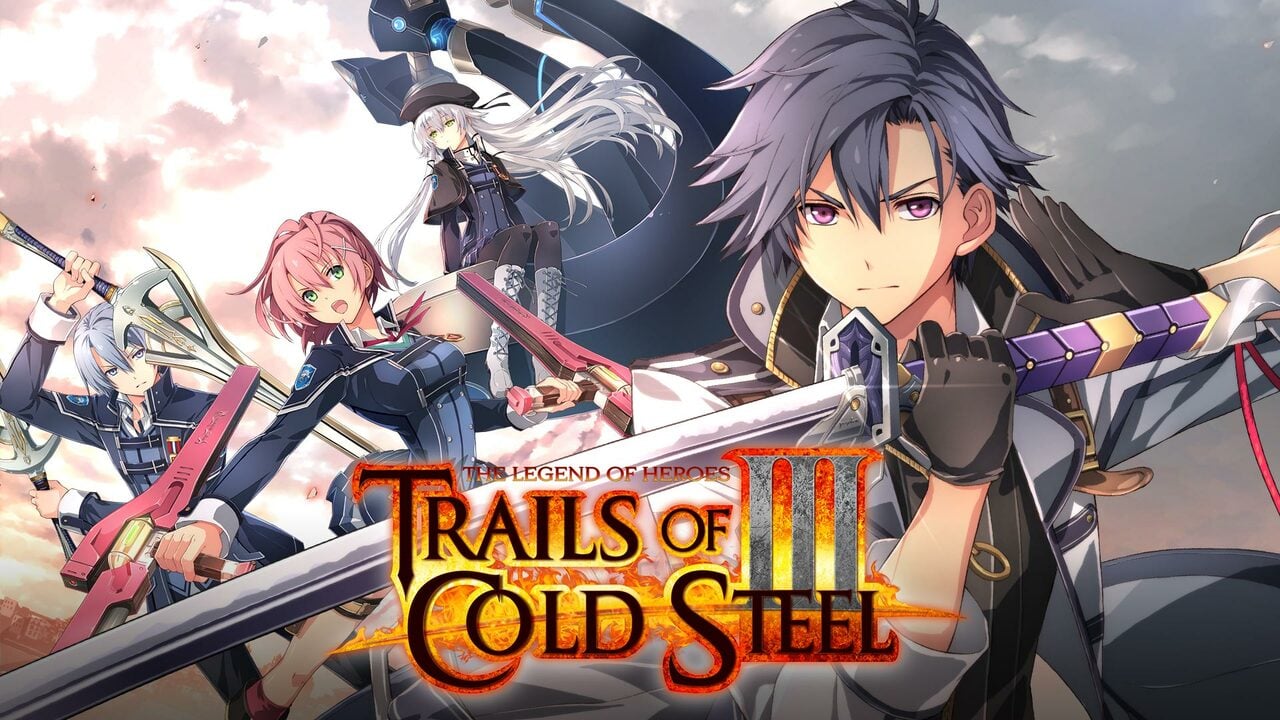 Nihon Falcom’s long-running The Legend of Heroes series finally hits Nintendo Switch in this third entry in the epic Trails of Cold Steel story arc, a direct sequel to Trails of Cold Steel II that takes place less than two years after the Erebonian Civil War portrayed in both that game and its epic predecessor. This is an enormous, story-driven JRPG that makes fantastic use of the colossal amount of world-building work done in previous entries in the franchise to sweep fans up in 100+ hours’ worth of adventure as a host of familiar faces from the past are reunited and a brand new Class VII takes to the stage.

The Legend of Heroes: Trails of Cold Steel III is undoubtedly an excellent JRPG with strategically engaging combat, tons of side-missions, exploration and interesting character arcs to sink your teeth into, but it’s also a game that’s not exactly welcoming to newcomers. The developers have expressed their belief that new players can jump in without fear at this point in the story arc, but make no mistake, this is absolutely an experience that will be greatly enhanced if you can take the time to seek out and play the last two Trails of Cold Steel games which are, unfortunately, not yet available on Switch. This is a universe that has been developing and growing since the very first The Legend of Heroes released back in 1989, and it bombards you with lots of cameos, callbacks, emotional reunions and cheeky references to not just older Trails of Steel games, but entries from across the length and breadth of the entire Legend of Heroes franchise.

What Nihon Falcom has done to try to mitigate this to some extent here is include a pretty comprehensive Backstory mode that takes players through all of the main events and characters leading up to Trails of Cold Steel III with detailed story summaries for the first two games, individual character profiles and a world introduction. We blasted through this before playing and, while it certainly gives you a decent enough round-up of events – complete with plenty of artwork from previous games – reading through all of this text is no match for experiencing them for yourself and isn’t exactly the best way to get a proper grounding in the game’s intricate world and characters. If you’re adamant you want to jump in at this point, it will provide you with enough information to get your bearings, but just be aware that you’ll spend a good chunk of time – especially during the glacially slow early hours – struggling to keep up with who’s who and what’s what.

However, this one issue aside, we’re happy to report that Trails of Cold Steel III is another excellent addition to the series and there’s still plenty of reason to join the party here whether you’re a diehard fan or newbie, especially since the fourth part has already been released in Japan and will also be making its way to Switch in the near future. This third entry sees series protagonist Rean Schwarzer, the famous Ashen Chevalier, now graduated and taking up a role as a professor in a new branch of Thors Academy where he oversees a whole new bunch of characters who make up the latest Class VII.

Early hours play out in relative peace but, as expected, it’s not long before things take a turn for the worse and, without spoiling anything, this one does an excellent job of getting all of its pieces in position for the events that will unfold in part four whilst dropping plenty of surprises of its own. Long-time fans may feel a little out of sorts during early hours that see new characters take centre stage, but it’s not long before the old team show up and your journeys around Erebonia will see you meet up with a ton of faces from past games.

Mechanically, this new adventure plays out just like older entries in the franchise with a school year system – not too dissimilar to that found in Persona 5 – where you’ll split your time between class activities which see you socialise and get to know the new cast of characters (as well as reuniting with familiar faces from the past) and hitting the game’s dungeons for special field investigations where combat and exploration are the order of the day. However, as much as the ebb and flow of proceedings is the same, Trails of Cold Steel III also introduces a number of new mechanics to its already highly-engaging turn-based combat, with a Break System and Brave Order now folded into the mix.

The Break System sees enemies adorned with break gauges which, when drained via your attacks, forces them into a “break state” rendering them useless for one attack turn and opening them up to taking much more damage. Brave Order, on the other hand, allows characters to give a host of party-wide orders that grant all-manner of buffs that can really swing things in your favour if used at the right time; getting to grips with these new additions to the combat makes for some properly meaty and delightfully strategic battles. Stringing team attacks together, deploying crafts and arts and moving your team around the battlefield in order to dominate your foes really is addictive and satisfying stuff.

Your character’s various special attacks and combo moves all look pretty spectacular in action and there’s an impressive amount of variety in the enemies you get to test your mettle against; the game constantly introduces new foes as you journey across its world and throws some delicious boss battles into the mix to keep you on your toes. Switch players also get a bunch of fun cosmetic items to customise their team with, the cherry on top of what is an impressively solid Switch port of an absolutely humongous game.

During our time with Trails of Cold Steel III we didn’t encounter any noticeable framerate issues; even during some of the more spectacular skirmishes and the whole thing runs at a solid 30fps/720p in both docked and handheld modes. If you’re coming off playing this one on PS4 you’re obviously going to notice that drop in resolution and framerate, but otherwise this a solid job all-round and a game that really does suit playing in portable where you can whittle down that intimidating running time where and when you get a chance. (In this regard there’s also a turbo speed mode included which you can toggle at will in order to quicken traversal and mow your way through lengthy periods of exposition).

It might not be the most graphically outstanding JRPG you’ll ever play and, outside of combat, dungeons have a tendency to look fairly drab – as well as being re-used heavily early doors – but it certainly does enough and the often explosive combat looks particularly nice when played on the Switch’s handheld screen.

For fans of the series, this is the best entry yet as far we’re concerned and, as we mentioned, although we still think playing the first and second Trials of Cold Steel games is a worthwhile endeavour for potential new players, there’s still plenty here to enjoy even if it’s your very first time jumping into this massive franchise. There’s a huge amount of content here with an epic story jam-packed full of twists and turns and well-written characters sat alongside some excellent turn-based combat.

Trials of Cold Steel III is another excellent addition to a franchise that gains so much of what makes it absorbing from the huge amount of background detail and world-building that’s been achieved in earlier entries in the series. Newcomers should be aware that taking the time out to play Trials of Cold Steel I and II is advised to get the absolute maximum amount of enjoyment out of this one but, even if you’re jumping in fresh, there’s still plenty to love here once you find your feet. With a massive cast of well-written characters and tons of excellent combat and exploration spread across its epic running time, this is a top-notch addition to the Switch’s library of JRPGs.