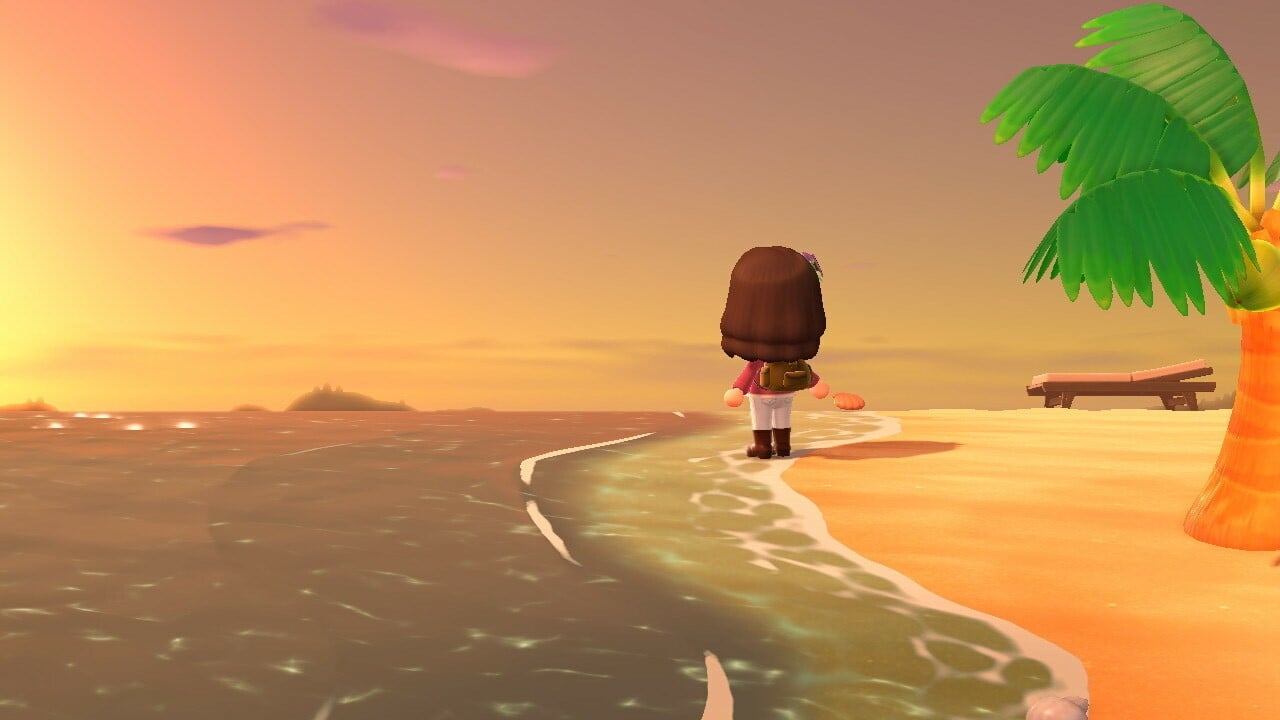 Well, in order to look forwards sometimes you have to look backwards. It’s been almost twenty years since the first Animal Crossing game released and in that time players have gone from being a humble villager, to the mayor of a town and, on the Switch, an island representative tasked with creating the perfect getaway paradise. Additionally, core games have kept things exciting with updates: add-ons, festivals, themed days, and expansions.

Of course, updates are already a thing in New Horizons. So far, we’ve seen Zipper T. Bunny hiding eggs around our islands to celebrate Bunny Day, and the May Day Maze event as a themed Nook Miles Tour. Players have also been offered the chance to use skills learnt in Happy Home Designer to create serene interior designs for a series of wedding snaps at Harvey’s Island. And who could forget Redd’s clandestine visits to the game’s secret beach?

We also know that we’re getting summer updates complete with the addition of swimming, diving and the chance to collect new kinds of sea life to further stock up the museum and craft new furniture with the help of Pascal. I couldn’t have been happier when I saw an islander dive into the ocean in the recent summer update teaser, and it also confirmed that we’ll be getting a second update in August. But what might that entail? And what exciting additions could be coming to New Horizons beyond the summer?

One hope is that we’ll see the return of fan-favourite events from previous games. An example of this is Mushrooming Season, which was introduced in the first Animal Crossing adventure and has been featured in most main games aside from Wild World. Thankfully, we know that this autumn festivity will be returning to New Horizons, as Mushrooming Season is confirmed to be starting for players in the Northern Hemisphere in November later this year. Similar to Bunny Day, there are plenty of mushroom-inspired DIY recipes to find around that time, including a pretty snazzy mushroom umbrella.

With DIY recipes and crafting being a big feature of New Horizons, a lot of fans are wondering whether established Animal Crossing events will be tailored to suit this new gameplay mechanic. Two of the biggest events in past Animal Crossing games were Halloween and Christmas Eve, with players spending the proceeding month preparing costumes and finding out what presents villagers were hoping to receive. With the new DIY twist on the franchise, it’s possible that you may have to personally craft your neighbours’ seasonal gifts, and perhaps even create spooky costumes for Halloween from scratch. This is sounds like so much fun and, if true, I can’t wait to see what costumes the update brings!

Your Guess Is As Good As (Data) Mine

But what about future updates we have no precedent for? Interestingly, Animal Crossing: New Horizons data miners may offer us a few clues. In particular, reputable and proven data miner Ninji has pulled plenty of tantalising hints from the New Horizons game code.

Firstly, it seems that some of the buildings and services present on our islands might be getting further renovations. Notes in the code suggest that the Museum could gain a shop (please let there be a T-rex costume), and a section dedicated to displaying Gyroids (a kind of NPC furniture). In previous games players could locate Gyroids around their island by digging with a shovel, and they were mostly used for house decoration. It appears that, in New Horizons, they may become a living collectible to stock your museum with. I just hope that isn’t quite as creepy as it sounds.

There is also a nice juicy hint in the code that we might be learning to cook with a future update. I’m thinking that this might tie in with the upcoming swimming/diving update, because some of the critters we saw in the teaser are certainly edible – cream and garlic scallops anyone? However, there is also a strong hint in the code that vegetable farming is also coming. Uncovered data suggests that, as well as growing fruit on your trees, players will soon be able to grow carrots, tomatoes, sugar cane, potatoes, wheat, and even pumpkins! I’m wondering whether events like the Harvest Festival are going to tie in with this new mechanic.

Updating New Horizons with timed seasonal events is one thing, but I’m hoping Nintendo aims higher. I’m talking about totally new and much more substantial events, locations and festivals. Could there even be a big paid DLC expansion on the horizon?

There is (kind of) a precedent for this. Years after release, Animal Crossing: New Leaf received a free update for all players in the form of the Welcome Amiibo update. This expansion added a new area to the town, and the possibility for players to take control of which villagers they chose to invite. Whilst this was a free update, its size and the new opportunities it afforded to players suggests that Nintendo aren’t afraid of adding substantial content to Animal Crossing games in one go.

But what might a large (and maybe even paid) New Horizons DLC look like? Well, here’s my idea, inspired by director Aya Kyogoku’s comments on how player communication is increasingly central to the Animal Crossing franchise.

Perhaps we could even see something akin to an archipelago expansion that would create a shared online space in the form of a group of islands separate from your home island. Players (most likely your best friends) would team up in order to develop the archipelago from a cluster of forgotten spaces to an interlinked and bustling hub where islanders can meet to trade items, play mini-games and contribute to public work projects such as market squares and stylish boutique shops. With the archipelago stored safely in the cloud, any player could access it at any time (no need for a host player to open their dodo gates) and, once bridges are built between the different islands, any friend could access any part of the archipelago whenever they wanted!

So what do you think? Are you open to something like the Archipelago Expansion? Or do you have your own hopes and ideas for where New Horizons might go in the future? Let us know in the comments!