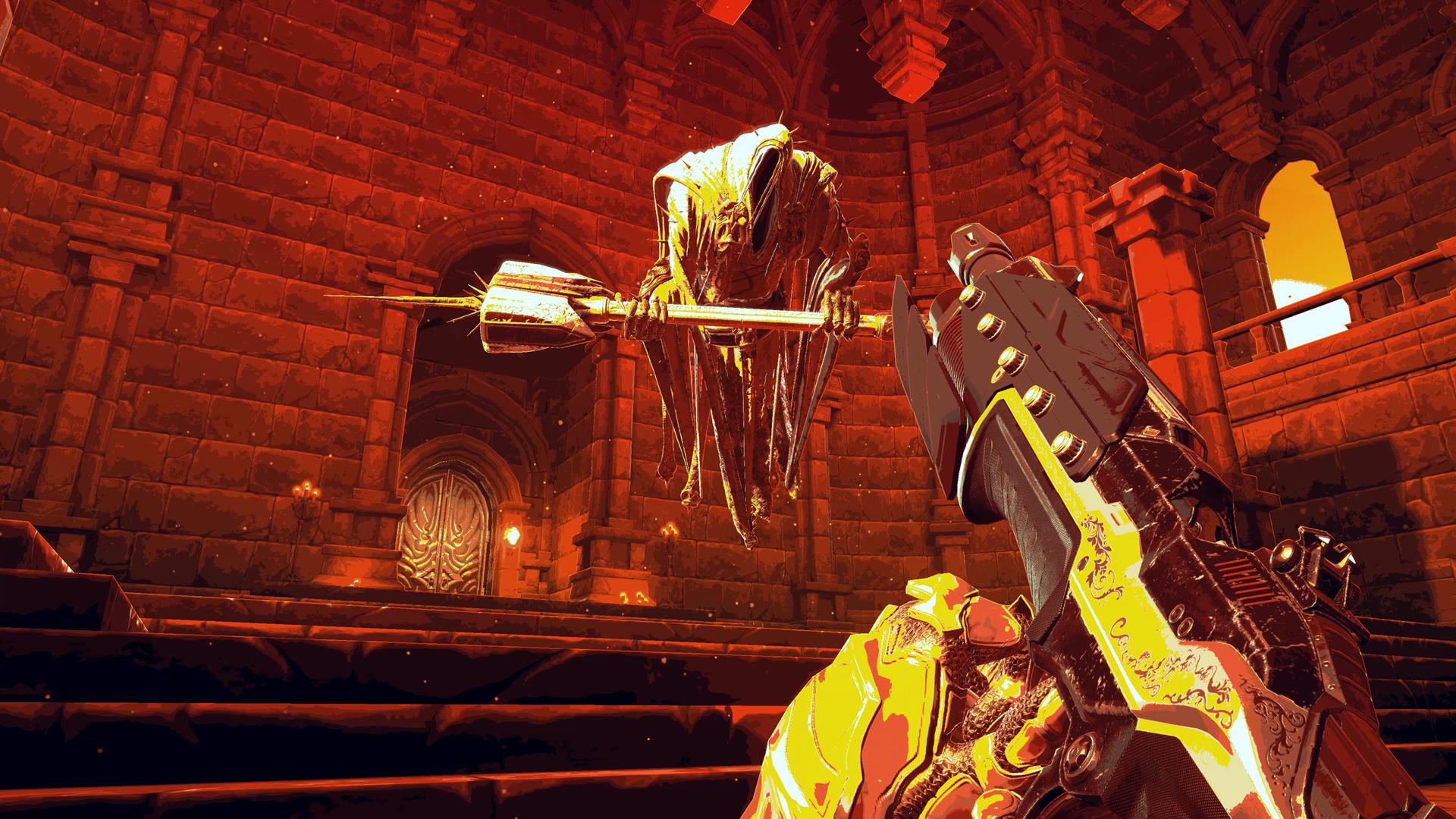 Our weekly indie feature resumes following a short break. I am back, dear reader, and as energised as ever to bring you an interesting new indie game or two, and some you can get your mitts on this very weekend.

As we like to do after breaks, we’re doing a little bit of cheating this week by featuring games from two weeks instead of one. Let’s get to it.

Though not quite an identical recreation, I like to think of BPM: Bullets Per Minute as the first-person shooter equivalent of Crypt of the Necrodancer. It’s a rogue-like shooter where your actions and those of your enemies happen on a rhythm that matches the beat of rock music.

It’s a simple enough setup, but if you ever wondered if you could handle matching the beat and landing consistent hits in a shooter, Bullets Per Minute has the answer. The game’s rhythmic combat is inspired by 90s shooters, but your movement abilities are more modern with double-jumps, dashes and the like.

All of that is necessary because enemies don’t just prance around and shoot, they teleport and hurl massive projectiles at you, which is where the dodges and jumps come in handy. As with most rogue-likes, dungeons are procedurally generated on the spot. Along the way, you’ll come across weapons and abilities that boost your stats, and Bullets Per Minute also offers five classes that make getting into its various mechanics easier or harder, depending on what you go with.

This week, developer Awe Interactive confirmed a September 15 release date on Steam. BPM: Bullets Per Minute is also coming to consoles at some point next year. Until then, check out the new trailer and add it to your wishlist. Oh, and look out for a very special stream coming soon…

Cloud Gardens is the new game from the creator of management sim Kingdom. It’s also quite the departure for them. This is a game about planting and shaping the overgrown plants that reclaim the world from man’s urban expanse in an apocalypse. It is the closest thing you’ll likely ever come to dictating how that process takes shape.

This isn’t another big game with a multitude of systems to manage, however. Cloud Gardens is meant to be a relaxing, mechanics-light affair. The game generates various urban structures in the form of little dioramas which you then use as the canvas for your work. The goal is to create the sort of urban decay you see in games like The Last of Us, where we often arrive after the battle to rid the earth of man’s monoliths has ended.

Cloud Gardens has a free, sandbox mode where you can fool around to your heart’s content, and there’s a more directed campaign that’ll ask you to make creative use of plant seeds, and salvaged objects to form a nice blend of vegetation and concrete in your pieces.

Cloud Gardens does not yet have a release date, but it’s coming to Steam Early Access this year. Keep it on your radar.

Summertime Madness takes place in 1945 Prague where a painter, looking to create beauty where little existed in his WW2-torn real world, gets trapped in the canvas of one of his paintings.

If he doesn’t find his way back before midnight, he’ll be locked away in there forever. Summertime Madness is a first-person adventure with a mix of puzzle solving and exploration where our hero must reckon with his own creations.

The game’s surreal look really sells the conceit of getting trapped in a painting. It has saturated visuals that use oil painting flare as a base, but doesn’t quite lean all the way into it. It’s the debut game from the Italian team at DP Games, whose members previously worked on Darq and Encodya – two games with signature art styles.

Summertime Madness is coming to Steam in summer 2021. Humble Trove members can look forward to a preview build a little earlier in the year.

Games you can play this weekend

Iron Harvest may not have a super unique take on the real-time strategy genre, but its setting and visuals are its best qualities. Iron Harvest is set in an alternate-reality, post-WW1 world where the war was fought with diesel-powered giant mechs. Though it ended, three key players in Europe are still vying for control over the continent, with the help of their towering monstrosities.

Iron Harvest’s gameplay borrows a few elements from Company of Heroes, so there’s a big focus on strategy, positioning and big-picture plays rather outright twitch skills. The game also makes liberal use of destructible environments, which helps sell the heft of these behemoths. Lauren played a little bit of the campaign earlier this year and was impressed with the game’s production values and how it capitalises on that unique setting.

Today, the Iron Harvest pre-season open beta kicked off. This particular test not only offers anyone the opportunity to try out the mechanics, it also comes with a sampling of a lot of the full game’s content. You’ll be able to jump into the early hours of one of the full game’s three campaigns, go up against the AI in skirmish (including co-op), and even engage in full-on PvP in 1v1, 2v2 and 3v3.

You can see all of this for yourself on Steam. The full game comes out September 1 on PC, and early next year on consoles.

Booth is the work of a solo Chinese developer, who, taking inspiration from Lucas Pope’s Papers, Please, created an adventure game about a dystopian future where governments control how food is acquired and distributed

In Booth, you play as an overworked inspector who lives and works in one of the many booths that sit on the edge of residential areas. Your job is to inspect every piece of food before it gets into town.

In the Booth’s grim future, food items have certain colours and weigh set grams. You must report anything whose properties fall outside the dictated standards, which you can imagine will play a role in the game’s story.

Booth came out last week on Steam, which is where you’ll find it for $10.