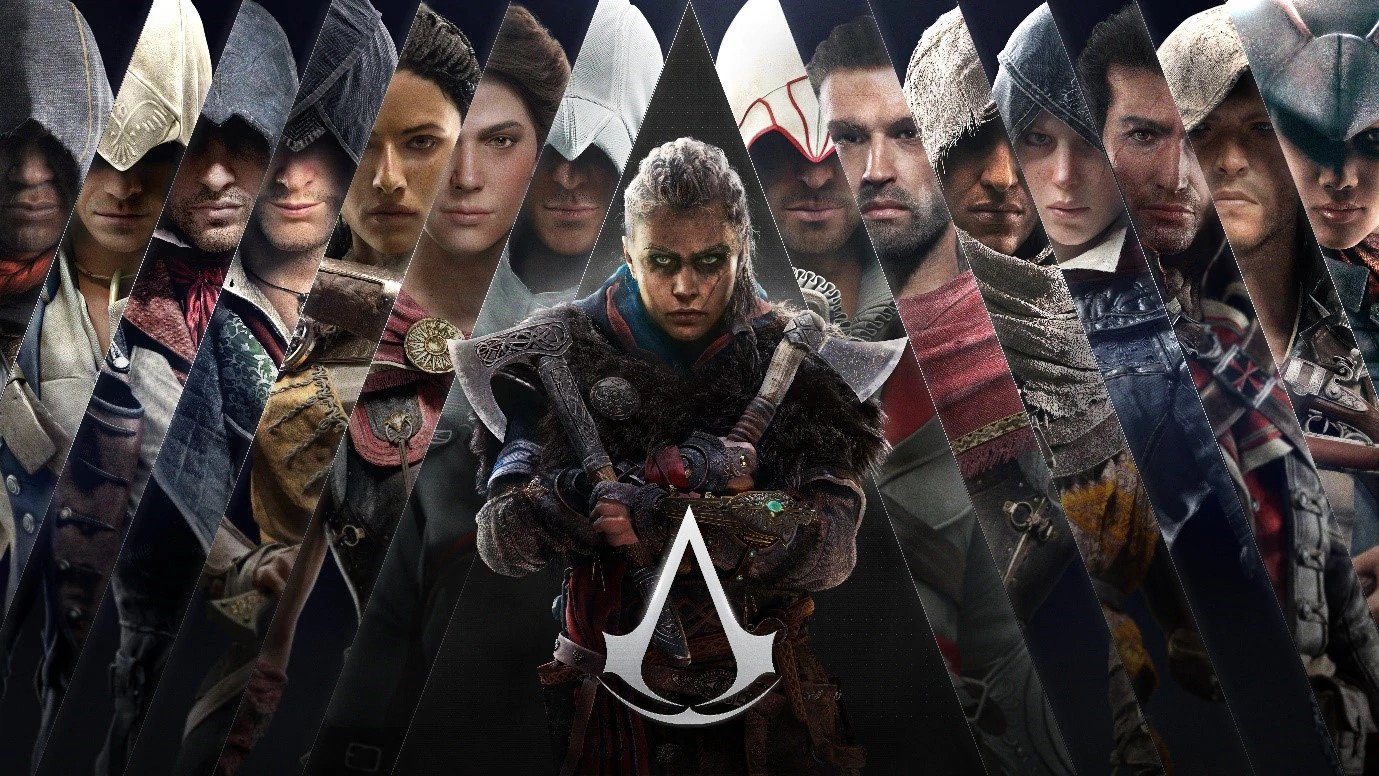 Recently revealed messages appear to indicate that at least some of the Ubisoft team working on Assassin’s Creed Valhalla only wanted a female Eivor.

The news comes from Twitter, where an illustrator who has previously collaborated with Ubisoft on the official Assassin’s Creed Symphony tour shared information provided to them by one of the people who reported misconduct allegations against former Assassin’s Creed Valhalla creative director Ashraf Ismail.

I was approached by one of Ash’s victims who showed me bits of conversations and confirmed something that isn’t quite out, but that won’t surprise anyone.
Just like for Syndicate, Origins and Odyssey, it was the devs wish that Valhalla featured a female protagonist. Exclusively.

“I was approached by one of Ash’s victims who showed me bits of conversations and confirmed something that isn’t quite out, but that won’t surprise anyone,” they wrote. “Just like for Syndicate, Origins and Odyssey, it was the devs wish that Valhalla featured a female protagonist. Exclusively.”

“Execs blocked them from doing that and forced the team to include a male version of Eivor, because a woman alone wouldn’t have sold, insisting that the marketing campaign should have focused on male Eivor,” they expanded in a subsequent tweet. “Which it did, we’ve seen Female Eivor only long after ACV’s reveal.”

Later in the thread, they said that they will not out their source, but that they are trustworthy and have receipts to back up the information. Check out the tweet below.

“Yeah and in the final few conversations with Ash that I had, I asked him what the hell happened to Eivor being a woman?” the message reads. “And then he told me everything. And he basically also underlined that Eivor is a strictly, inherently female name. And that that is proof that she is/was canon.”

It’s true that Eivor is a woman’s name in Scandinavian countries. If you check the statistics in the Nordic names database, there are zero records of men with the name Eivor.

“But the higher ups simply wanted a dude,” the message continues.

More messages were shared in a further tweet, including one that said Ubisoft Paris was “literally insistent on the protagonist to be an alpha male.”

“ACVs story was conceived from the beginning with both female and male in mind,” he wrote. “When you play the game you will understand that there is no way the male could have been added at the last minute, or whatever version of this story you have heard.”

“Obviously there is more nuance to all this, but to go deeper would spoil lots of the mysteries at the heart of the game,” he continued. “But understand this, that we started ACV knowing full well that Ubi wanted to give players the ability to select characters, and we worked hard to make sure that it honored our lore.”

At the risk of reading this too closely, it’s worth pointing out that it not being “wholly accurate” means that it is at least partially accurate, and McDevitt specifically says that “Ubi” wanted to give players the ability to select characters, as opposed to saying “we,” or “the development team.”

This comes after the revelation that Kassandra was supposed to be the protagonist of Assassin’s Creed Odyssey, and Alexios was only added as an option due to intervention from former creative lead Serge Hascoët.

Hascoët has since resigned after Ubisoft conducted investigations into misconduct allegations across the company.

Treyarch Promises Updates and Improvements After Call of Duty: Black Ops Cold War Alpha Feedback
Get Off to a Good Start in Harvest Moon: Light of Hope Special Edition Complete
Dishonored Developer Arkane Studios Hiring for an Unannounced Project, Unknown if it Will Come to PlayStation
Destiny 2: Beyond Light trailer takes you to the frozen moon of Europa
Mafia: Definitive Edition reviews round-up, all the scores