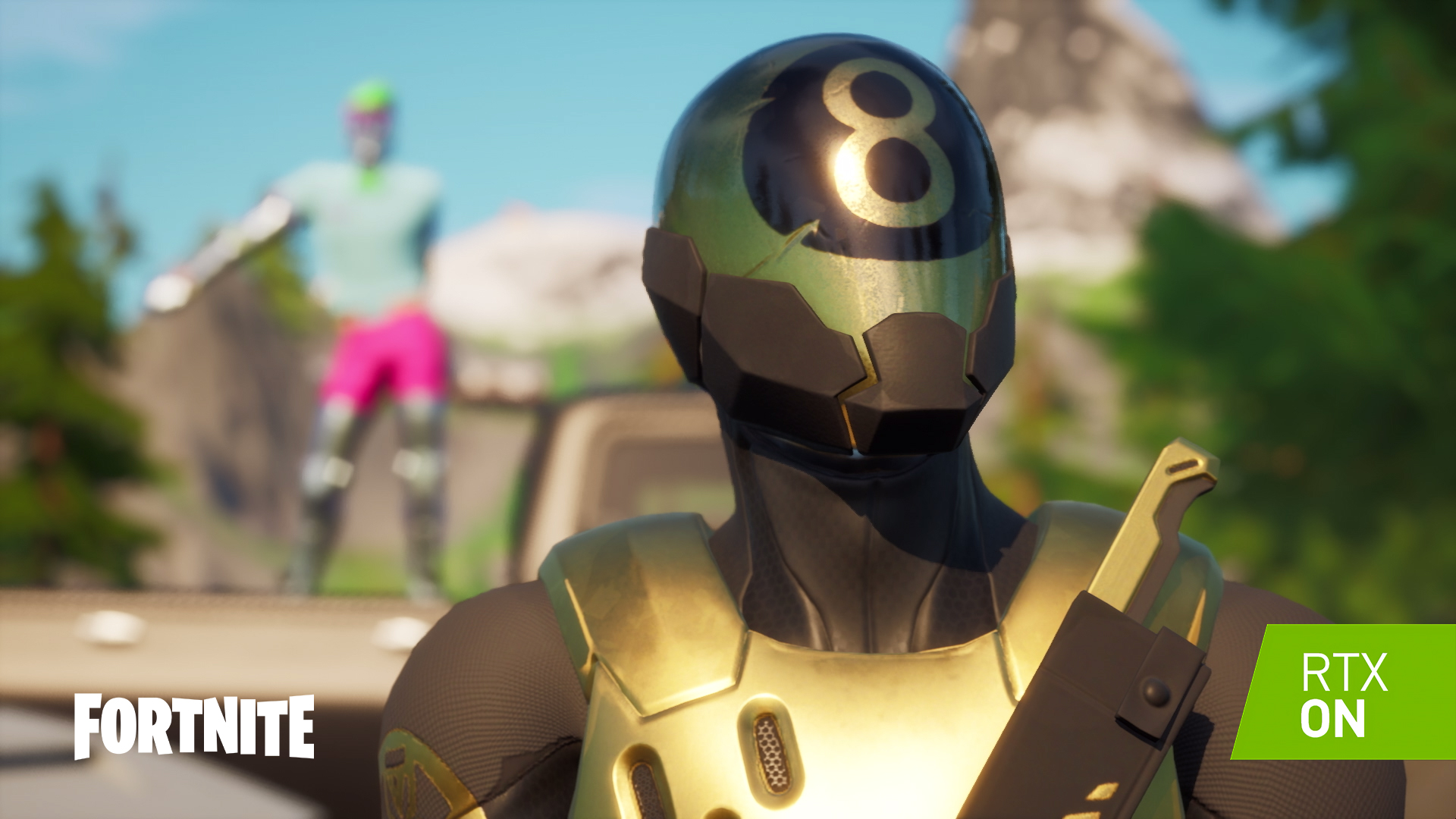 Epic and Nvidia have announced DLSS and ray tracing will go live in Fortnite this week.

RTX is coming to Fortnite on September 17, the companies announced.

Once the update is live, you can expect ray traced reflections, shadows, global illumination, and ambient occlusion significantly raising the image quality in the game.

At the same time, Nvidia DLSS is coming to Fortnite to boost frame rates and to generate sharp images in the game. Additionally, the firm’s Reflex technology for reduced latency will also be supported.

A special new Creative Mode map known as RTX Treasure Run that was designed to highlight ray tracing will be released. It drops players at the entrance to a museum where they are challenged to a scavenger hunt, highlighting different ray traced effects.

Along the way players can explore a hall of mirrors, a medieval castle, a jungle, climb a giant statue and explore a shrunken science lab to uncover the most treasures in the least amount of time.

The companies are also working to bring DXR ray tracing, DLSS, and Reflex support to the Fortnite’s Save the World, Creative, and Battle Royale modes.