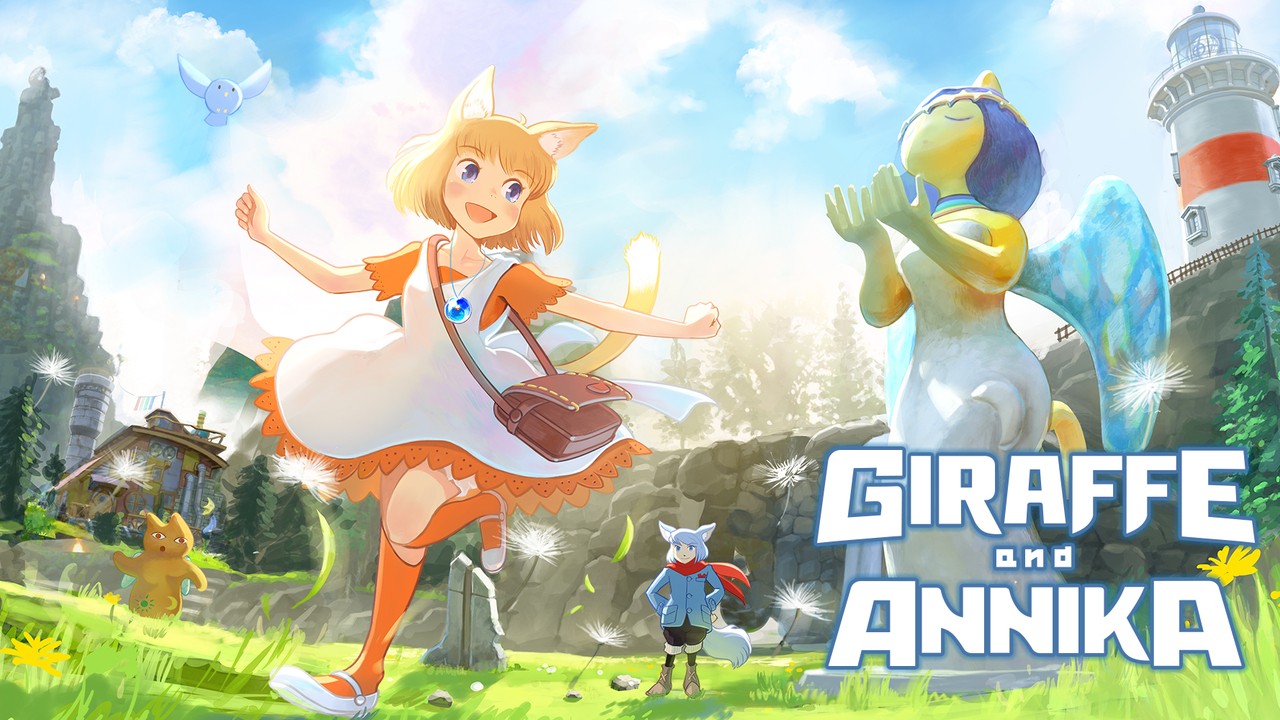 We were pretty thrilled by this one before booting it up – I mean, how many games have giraffes in them?! Certainly not enough. The Adventure Pals repped the ruminant but nothing else really springs to mind. Imagine our disappointment, then, when we booted up the game and found nary an actual giraffe in sight, just a sort of weird cat-boy thing. It’s a good thing the game is charming and fun, or we might have had to send a stern letter to the publishers.

The whole thing is just so chill. Taking control of the titular Annika, you find yourself exploring the mysterious island of Spica, with the goal of locating fallen stars which will grant you new abilities, allowing you to investigate more and more of this pastoral peninsula. In that respect, it’s a simple adventure game; you can’t even jump until you clear the first “dungeon”. There’s little in the way of hostility or combat, besides a rock-clearing mine-cart ride and the boss battles. It all gets a little more intense towards the end, but none of this is going to trouble the Pure Platinum crowd. And it’s not supposed to.

Those aforementioned boss battles take the form of a rudimentary, but enjoyable rhythm game in which Annika must hop left and right while tapping the A button to “catch” projectiles that are being launched at her by the assailant. As well as those beats you must simply hit, there are also larger attacks that must be dodged – again, though, while this is compelling it’s hardly Hatsune Miku-tier rhythm-action, just another of the strings on Giraffe and Annika’s pleasant gameplay bow.

Moving from the overworld to the major areas in-game retains the same exploration gameplay, but as there’s no real fighting all you can do is dodge. That’s fine by us as it fits the game’s remit, but the very early game, in particular, can feel a little samey when you have so few options on how to proceed. It’s likely that the endearing world and characters will draw you in regardless, as the banality of the first “dungeon” stage – which might be a dealbreaker in other games – is counterbalanced by how ethereal and attractive it looks.

It’s all very pretty looking, in fact, with something of a storybook aesthetic which only adds to the game’s overt charm. The cutscenes are attractive, with a simplistic manga-ish style that gets across the characterisation with cute and appealing still drawings that don’t resort to the less agreeable tropes of the form. It’s extremely wholesome stuff, with no sudden and jarring deviations into any kind of edgier gameplay or content. It’s also worth praising the music, which is excellent; it reminded us of Studio Ghibli scores, and we found it drew us even further into this rustic world.

It’s not a complete home run, sadly. Giraffe and Annika’s flaws were minor to us – believe us, we’ve played much worse – but your mileage may vary. When we say this game is chill, we mean it – besides one particularly hazardous run of obstacles towards the game’s climax, it’s very, very difficult to die. Annika can take multiple hits from enemies or hazards, and there are crystals all over the place that can fully restore your health.

Additionally, the movement itself feels a little more detached and floaty the further through you play; once you unlock the jump, the game naturally gets more reliant on it and its strange, loose physics. You’ll also unlock a sprint move that makes your control feel even more slapdash. As we said, we didn’t find it a huge deal as the game barely requires precision in the adventuring sections anyway, but you may find the movement feels a little amateurish at times.

Another small irritation is the day and night system – it doesn’t really add much to the game besides the occasional frustration of having to wait around for something to happen. You can skip from day to night or vice versa by taking a nap, but we found this time was best used digging a little more into our surroundings, finding collectable “Meowsterpieces” (adorable pieces of collectable artwork) and generally absorbing more of the game’s lore and funny character interactions.

Giraffe and Annika builds an interesting and emotional story that goes a little beyond its fluffy exterior – revealing more would be a spoiler, but there are clues dotted around Spica Island that may help you piece it together. We were a little frustrated to find that the final dungeon constitutes a fairly abrupt “point of no return”, which required a speedy re-play in order to complete some optional tasks and see the true ending. Thankfully, as the game was about five hours long on our first playthrough, the second took far less given that we knew what we were doing, now.

It’s a little ramshackle, but care and craft has gone into the making of Giraffe and Annika. There’s nothing new here to speak of, but its disparate genres work well together and we had a good time unravelling the mysteries of Spica Island. A great game for kids and the young at heart, we’re excited to see what developers Atelier Mimina do next.