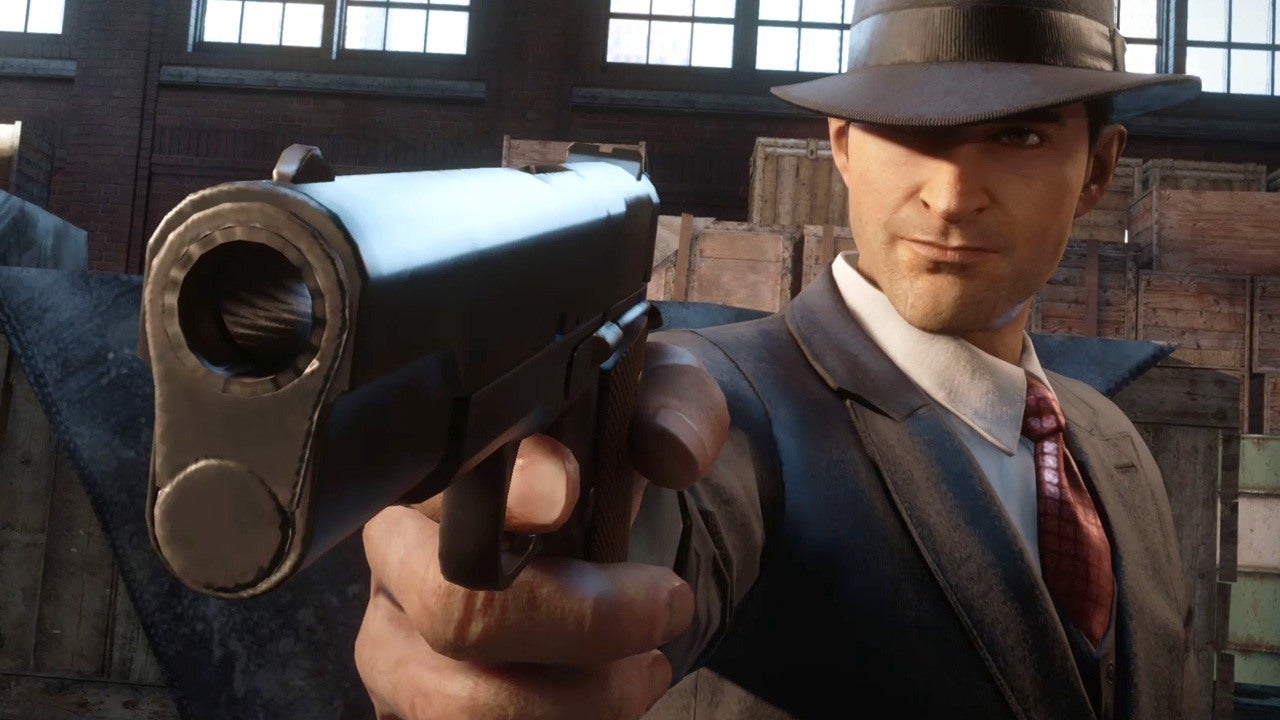 Mafia: Definitive Edition is a captivating, reverent, and regularly gorgeous re-imagining of that highly-respected but not-so-gracefully aged 2002 original.Its brisk pace meant it was over for me within a weekend – and there are definitely a few mission-stalling bugs and rough edges – but it’s otherwise proven to be a very enjoyable way to re-experience one of my favourite games of the early 2000s.Set throughout the 1930s, including the final years of Prohibition, the story of Mafia unfolds in the melodramatically-named city of Lost Heaven. It’s a wonderfully-realised riff on Chicago, one of the key epicentres of organised crime during the gangster era. After a well-crafted intro that splendidly mimics the swooping tour of Lost Heaven that preceded the 2002 original, Mafia: Definitive Edition wastes little time getting down to the business of its 20 missions.

Despite the open-world backdrop, it should be noted Mafia is a largely linear, story-driven action game, and the Definitive Edition remake hasn’t changed that approach. Strictly single-player, the story will propel you from mission to mission, and Free Roam remains a separate mode. I’m certainly not advocating for any pointless filler content, and some missions have been tweaked or extended, but it is a bit of a shame that developer Hangar 13 didn’t see fit to inject a few additional story missions into the mix to take a bit of action to some otherwise unused corners of the map. For instance, it’s cool to see that Hangar 13 embraced the obvious opportunity to insert some relevant cameos into the iconic ending, which I won’t spoil here, but it’s a little naff to have what appears to be an exciting, full-blown gang war unfold in a cutscene montage when it could’ve been made playable. A few new surprise missions might’ve been particularly nice for veteran Mafia players. I understand remaining faithful to the original is an important factor of any remake, but the Mafia story definitely races through the decade at a fair clip and a ‘Director’s Cut’ inspired approach might’ve been an effective way to fill in a few gaps.

It’s fortunate, then, that the story is just as good as ever and worth revisiting. Its tale of warring crime families, booze, and betrayal treads a well-worn path, but for my money it’s the best in the Mafia trilogy. With cab driver turned mob soldier Tommy Angelo seeking to save himself from a sudden and severe bout of lead poisoning at the hands of the gang he’s turned his back on, the missions take place in flashbacks as Tommy relays the story of his rise and fall within the city’s infamous Salieri family to a detective who has been hunting him for years. Missions play out in the same order as they did back in 2002 but, while the story basically follows the events of the original, all the dialogue has been completely rewritten with new performances. The script is significantly improved as a result; it feels a lot more organic and is brimming with period authentic terms, phrases, and wiseguy banter that the original didn’t quite capture.

Its tale of warring crime families, booze, and betrayal treads a well-worn path, but for my money it’s the best in the Mafia trilogy

Leading man Andrew Bongiorno’s performance as working class mobster Tommy is an especially strong and subtle one. I wouldn’t say I ever necessarily felt sympathetic to Tommy, but there’s definitely a severity and a real potency to Bongiorno’s portrayal of him that’s compelling and believable. The repartee between Tommy and Detective Norman is particularly strong as they each bristle with mistrust and verbally wrestle for the upper hand during their unlikely conversation.

The Definitive Edition is an extremely handsome modern makeover, from the remarkably detailed faces to the superb reflections, and from the texture of a simple hat to the gleaming, handwrought appearance of metalwork on the many antique autos. There’s some impressive lighting during nighttime, also, especially the neon signs and the way brake lights struggle to pierce the evening mist. There are missteps, though: Fire is quite weak considering virtually every goon seems to be carrying a Molotov cocktail to toss at you, and there’s a peculiar but consistent visual bug where the glint of an enemy’s rifle scope will persist after they’re dead, giving their heads a bizarre, soft glow as they tumble from their perches. I’m also getting a strange ghosting effect on Xbox One, though only against certain surfaces.The audio is consistently top-notch, however, from the bark of a Tommy gun to the chirp and screech of skinny vintage rubber. The music is strong, too, from the original score inspired by the original to the soulful sound of Louis Armstrong piping through the radio courtesy of the fresh soundtrack.

Damn It Feels Good to Be a Gangster

Mafia: Definitive Edition retains most of the idiosyncrasies of the original, the closest approximation of which is Classic Mode, where enemies are wilier, health kits are less effective, and even reloading your gun before it’s empty will forfeit any cartridges you have left in your magazine. The standard difficulty settings are less punishing and realistic, but you can still opt into some of these simulation-based gameplay modifiers, including Mafia’s infamous but cleverly nuanced felony system that will punish speeding and other traffic violations in a way games like GTA do not. For minor crimes you can still pull over, cop a symbolic fine – as there is no currency to collect or spend – and carry on. As a concession for gamers turned off by this traditional quirk carried over from the original, however, know that the system can be toggled to ignore minor indiscretions.Vehicle handling can also be switched between regular and simulation, though the differences between the two don’t seem quite as stark as they do in Mafia III. Regular feels slightly lighter and more responsive – and it’s more forgiving under heavy braking, applying an ABS effect allowing you to still steer under full brakes. Simulation does not – lock up your wheels and you’re going to keep spearing forwards – but it’s easily still my preference. There’s an excellent sense of weight to the vehicles as they struggle on their tiny tyres and I love tossing them around 90-degree corners once I have some real momentum, which admittedly can take some time in cars built before World War II. Motorcycle handling is strong, too; they’re a new addition to Mafia: Definitive Edition and I’m a big fan of really backing it in on the bikes and getting that rear wheel to come loose and line up a quick corner exit. I think the driving is the best it’s ever been in the series, and I’m also a fan of the GPS-inspired directions organically inserted into the world as road signs – they take the frustration out of navigation and allow me to just enjoy hurtling through the streets at speeds that’d rip the wax out of a moustache.

In contrast, schlepping around on foot isn’t quite as airtight as the action on the road. There’s a nice sense of mass and presence to Tommy himself and his transitions from a casual stroll to a desperate sprint are smoothly handled, but the third-person cover shooting is a little unremarkable, the simple melee combat is prone to some camera jankiness, and I was stalled on a few occasions by odd bugs that would require me to manually reset to the previous checkpoint. For instance, at one stage I was chasing down an enemy who became stuck on a piece of the environment, but I couldn’t hit or shoot him because he hadn’t reached the section of the chase where we’re scripted to be allowed to do so. On another, I exited an overturned car during a police pursuit and promptly fell through the map. They weren’t major frustrations as the checkpoint system meant only a few minutes of time were lost, but they are blemishes.

Mafia: Definitive Edition places shootouts in some lovely-looking locations – from a highly-detailed art gallery to a dark, abandoned farm during a heavy storm, and from a bullet-riddled Italian restaurant to an old-timey parking garage – but it is all quite conventional. I can’t say I spotted anything that’d truly distinguish it from the last 10 years of competent third-person shooters.