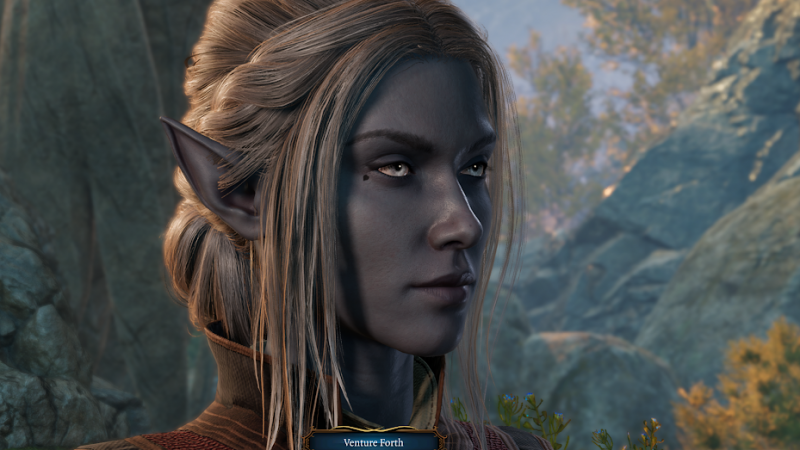 Baldur’s Gate 3 from Larian Studios is shaping up to be a D&D fan’s dream come true. Last month, we learned even more about the in-game social circles and romance, this week we’re learning more about the incredibly in-depth character creation tool.

In Larian’s latest community update, the team is diving into how players will be able to create their ideal character in-game. Whether leaning into total fantasy or just looking to recreate yourself for total immersion, the tools used for Baldur’s Gate 3 aim to allow for a lot of player freedom.

Though not unusual in games of this genre, Baldur’s Gate 3 will allow players to choose their race, subrace, background, and class. Each selection will have an impact on the game, including how your companions perceive you and how you can talk to them.

In true D&D style, players will also have six starter Ability points to allocate between these attributes:

I always play the huge flirt, so Charisma is usually my first Ability Points dump. Each selection weighs heavily on what class you choose, which subclass, and the race. Play to your character’s strengths and what you want to see out of them during your time in-game.

Now for my favorite part: Character customization. I’m not ashamed to admit that I will spend HOURS crafting the perfect character and have been known to restart playthroughs if my toon’s ‘lewk’ isn’t just right. While that’s not everyone’s schtick, to me it adds yet another layer of immersion, especially for those that love the role-playing aspect. The way they look also absolutely helps you feel more intune with your character and how you want them to thrive in the world.

“Will you be a beast taming mage-breaking charlatan halfling ranger with a toxic frog as a familiar, or a noble githyanki eldritch knight who let herself be seduced by the Absolute, with the ability to psionically drag her enemies towards her,” says the team. “Or, will you go for a more traditional tiefling warlock who made a pact with the devil? The choices are endless!”

There have been incredible character creation tools in the past, and some not so much. Baldur’s Gate 3 aims to be the former with incredibly photorealistic faces and unique design aspects.

According to the studio:

Our character creation features photorealistic fantasy races, based on 3D scans of actors and models (blemishes and all), selected because their features roughly resembled the direction for each race in the game, as well of course for diversity and variety in the human-like races. Our team spent much of pre-production carefully selecting, scanning, and moulding these scans, to become the base heads for character creation. Launched into Early Access is a total of 150 heads to pick from, across the 16 races & subcraces.

Lead character artist Alena Dubrovina also weighed in, saying “When cinematic dialogues were introduced for BG3, we realized we needed to make a huge quality leap in our character art. We wanted to make characters look their best and put the bar very high. We had to be very innovative to make such a large range of heads and hit the quality level we wanted.”

She added, “We decided to use scanned faces in our production to create characters that were as realistic as possible. We scanned 40 people of different ages and ethnicity. While scouting for models we focused on features that would fit our fantasy races and we looked for faces that either had something unique about them or were very versatile to fit different characters.

With over 150 unique heads with a wide variety of races to choose from, the team promises that “that number will keep growing” so everyone can feel that they have a place in this universe.

Learn more about the in-depth detailing of character creation right here through the developer’s latest blog post. You can also learn more about Baldur’s Gate 3 here with our hub.