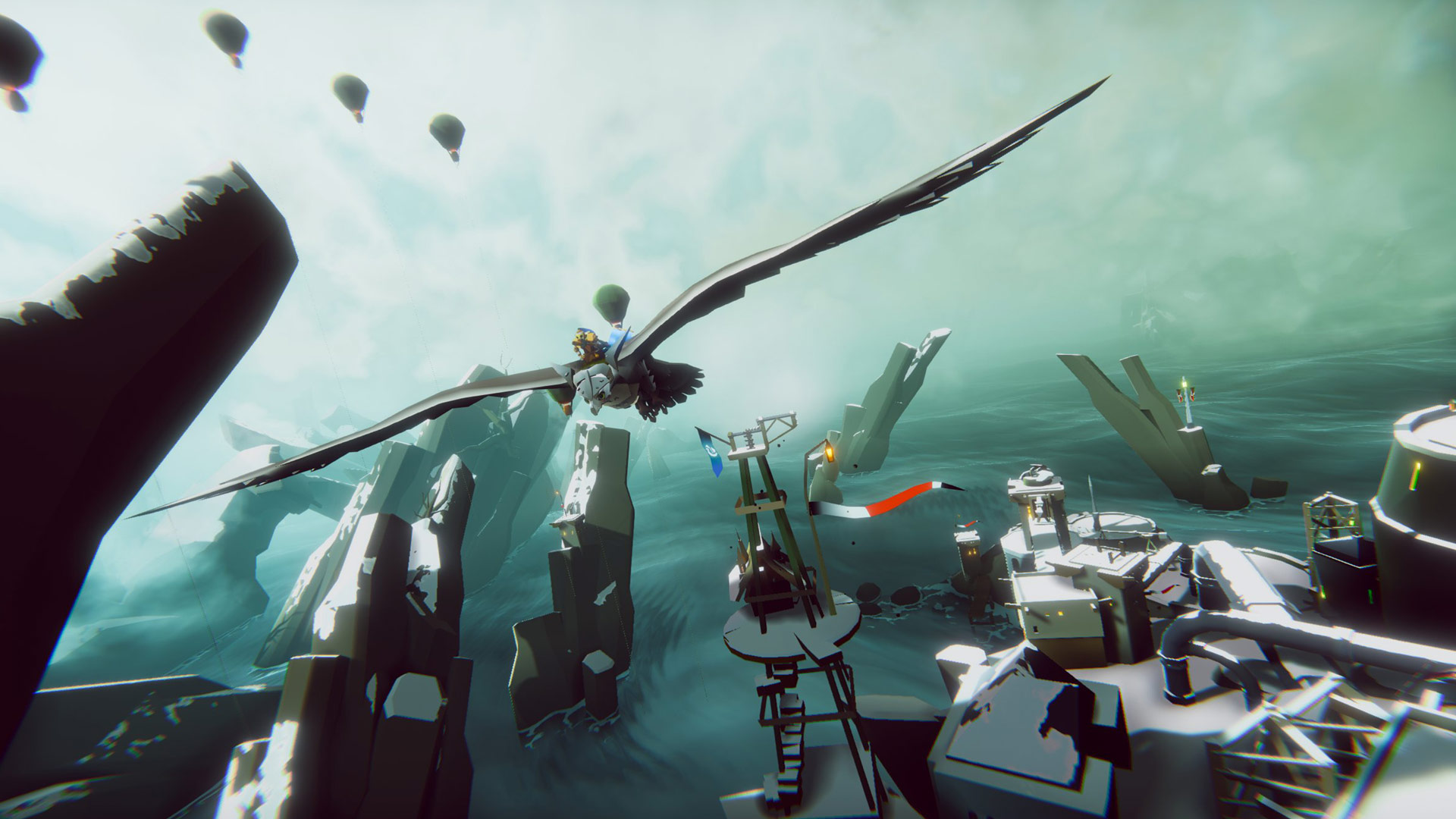 In The Falconeer, you will choose between competing factions, all of which are at the mercy of the Great Ursee, a near-infinite body of water.

In the skies, the rich and the powerful have airships defended by mercenary Falconeers, while “revolution and dissent brews among the downtrodden and poor” on the waters below. But it isn’t clear who is the “good guy, or the bad guy.”

In the game, you will support your chosen faction while flying on missions from the back of a warbird.

The Falconeer is a day one launch title for Xbox Series X and Xbox Series S and will also launch for PC via Steam and Xbox One on November 10. It also supports Smart Delivery.