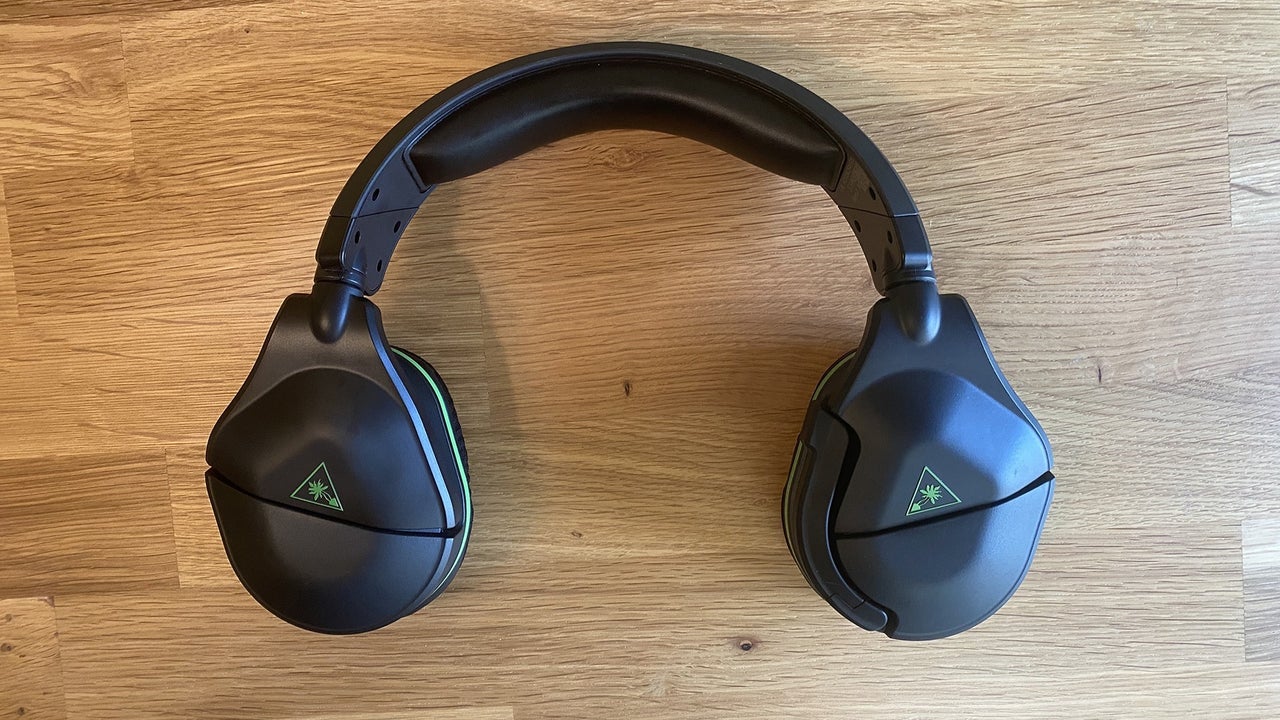 wireless gaming headset, the Stealth 600, is getting an upgrade. The Stealth 600 Gen 2 introduces a few small, but impactful revisions that make the popular Xbox gaming headset more comfortable to wear. For a basic wireless headset whose best selling point has always been its convenience – it is one of only a handful of Xbox-specific headsets you can pair like a Xbox controller – it’s a solid quality-of-life improvement.

The Turtle Beach Stealth 600 Gen 2 features lots of small changes and upgrades to make it more comfortable than its predecessor and enhance its sound profile. While they almost universally improve the headset, the Stealth 600 Gen 2 has more in common with the original than not.

The thick, hard plastic top band has larger swiveling hinges, and the sides have painted notches to help you adjust the headset properly and keep the measurement. Like the original, the front of the band lines up flush with the front of the earcups, which makes it feel like the cups are on backward. (If you’re new to the Stealth series, you will almost certainly put them on backwards at least once).That awkwardness is only momentary, though. The earcups in the Gen 2 are larger than the original Stealth 600, which makes them much more comfortable – the originals boxed in my ears a bit. According to Turtle Beach, the cups are “G”-shaped, so they contour to your ear: If you pay close attention, you can feel the sides of the earcups sort of hug your ears around the edges. I wouldn’t necessarily say that makes them more comfortable or uncomfortable, though it does help the headset stay in place on your head at all times.

Both the top band and ear cups feature a comfortable, albeit slightly stiff foam padding. The padding is covered with a “breathable” mesh, which is less scratchy than the material used in most mesh headsets. That said, breathable or not, the cups tend to get hot quickly, as most mesh headsets do. (That tight ear fit might also have something to do with it.)

Arguably the biggest selling point for the Stealth 600 Gen 2 on Xbox, and Turtle Beach’s Xbox headsets in general, is the ability to integrate Microsoft’s Xbox wireless pairing protocol. Unlike most wireless headsets, you don’t need a cable or dongle to connect the headset – You simply press the pairing button on the headset, then the pairing button on your Xbox, and they sync. Once synced, the headset will pair automatically whenever you turn it on.

Unlike most wireless headsets, you don’t need a cable or dongle to connect the Turtle Beach Stealth 600 Gen 2

At this point, pairing a wireless headset on consoles is always simple, but there is a simple convenience to having a headset that integrates seamlessly with your Xbox the same way as a controller and doesn’t require sacrificing a USB port.

The headset has a surprising amount of controls stacked along the left earcup. You have two volume rollers – one for speaker volume and a second for microphone volume. There’s a “mode” button, which lets you cycle through a small number of EQ presets. By quickly tapping the power button, you can also access a competitive-forward “Superhuman Hearing” mode, which changes the EQ to highlight footsteps and other game-specific audio cues. At the very bottom of the headset, there’s a power button, a USB-C port for charging and connecting to a PC for firmware updates, and the small circular pairing button. Lastly, there’s an indicator light at the very bottom of the headset to show when the headset is pairing or charging.

Unlike most microphones these days, the Stealth 600 Gen 2 sticks with a small hard plastic built into the left earcup. As with the pairing setup, it’s remarkably convenient. The mic fits almost completely flush with the frame of the headphone when flipped up, and easy to flip on and off at a moment’s notice. The mic position isn’t as customizable as other headsets, but I didn’t have any problems getting the mic to pick up my voice.

If you connect the Stealth 600 Gen 2 for Xbox to a PC using the USB-C charging cable, you can use Turtle Beach Audio Hub, the company’s headset configuration software. With the Stealth Gen 2, the software is primarily for downloading firmware updates, but there are a couple of options you can customize, including the volume of the tones the headset makes to let you know it’s paired or low on battery. It’s a little annoying that you need to connect to a PC to change these settings, as the headset is made specifically to work with the Xbox One, but it’s better than nothing. (Those indicator tones are very loud by default).

If you only use the Stealth 600 Gen 2 with your Xbox One (Or Series S/X), you’ll only need Audio Hub to update the headset’s firmware.

The Turtle Beach Stealth 600 Gen 2 delivers good, but not outstanding sound. In testing with games like Marvel’s Avengers, Tony Hawk Pro Skater 1 + 2 Remake, Streets of Rage 4, Mortal Kombat 11, and more, the audio was accurate and clean, but didn’t always convey the little details of a game’s sound design. Low tones, like explosions or a booming “Finish Him,” come in hard, but the “thud” of the bass doesn’t sound as crisp as it could.

High tones like the crackle of Thor’s lightning lack the texture you’d get from a high-end gaming headset. You won’t miss those little sound design details when chatting with friends, but they make a remarkable difference when you’re paying close attention, especially in story-focused experiences.

The Stealth 600 Gen 2 supports Windows Sonic, which delivers a crude, but effective virtual 7.1 surround sound. In 3D games, noises coming from the sides or behind often sound disproportionately loud. In a way, that’s good, because it’s very easy to register that they came from a specific direction, but its poorly balanced audio feels jarring and takes you out of the experience.

“Superhuman Hearing,” the headset’s competitive sound setting, isn’t as helpful as versions of the concept. It primarily boosts the volume, so everything is louder, but especially certain gameplay-relevant sounds. In Apex Legends, it didn’t help me track footsteps, but it was easier to track gunshots heard far off in the distance. Also, my pings and my teammates’ character dialogue came through more clearly. It isn’t much of an advantage and, worse, takes a big toll on audio quality. I noticed more scratchy audio compression and muddled sound in Superhuman mode across multiple games.

It performed better in games like Tony Hawk, where you’re primarily listening for the music. Again, the headset is not going to replicate “Superman” and “Guerilla Radio” as well as a pair of nice wireless headphones, but you aren’t going to miss out on anything.

As a wireless headset, it performs admirably. The wireless connection was stable and didn’t impose any noticeable lag through long play sessions, even in a room with many wireless connections to potentially interfere. Turtle Beach claims the headset should last up to 15 hours on a single charge. Anecdotally, I found I needed to charge every 3-4 days, which falls roughly in line with that estimate.

The Turtle Beach Stealth 600 Gen 2 wireless headset will be available from Amazon, Newegg, Walmart, and other online retailers for $99.99.