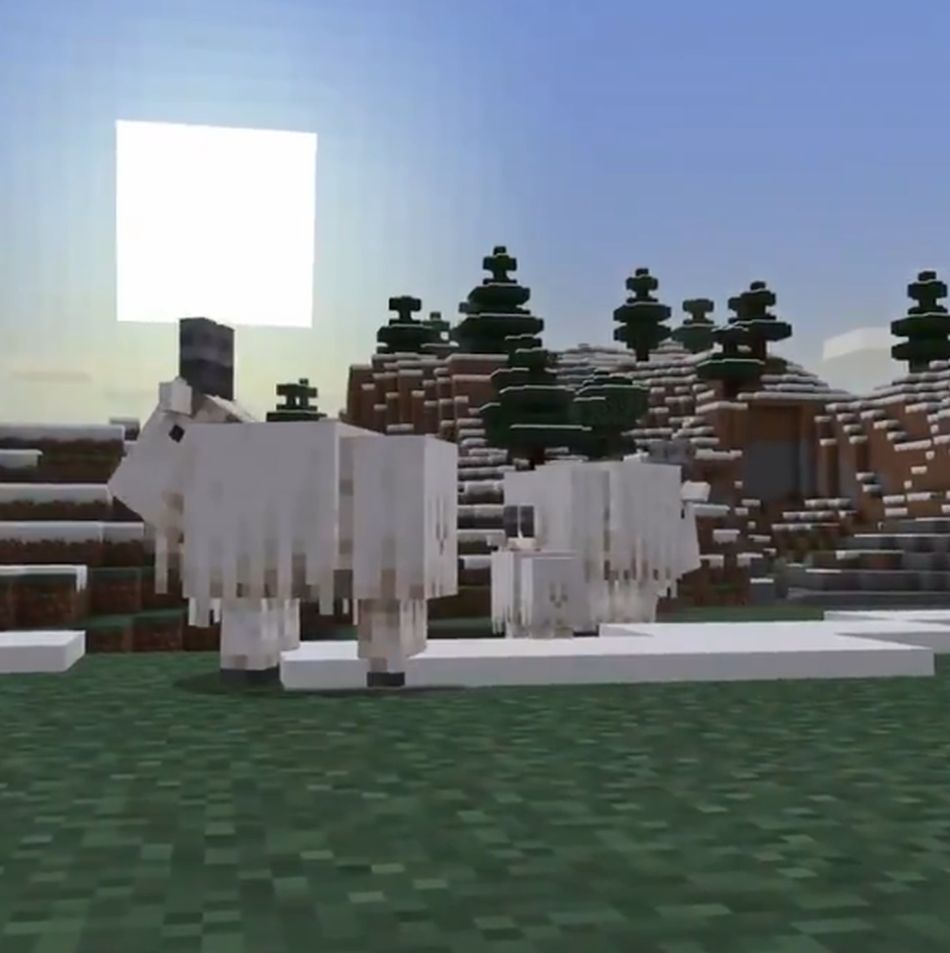 Minecraft Caves and Cliffs is an update in the works for the game, and it will feature all sorts of new items along with goats.

Yes, goats are coming to Minecraft with the Caves and Cliffs update, and they are super cute.

Announced during Minecraft Live today, the update is being made to the cave and mountain system with improved cave generation and features things like “lush caves and dripstone caves.”

There will also be a brand new archeology system adding a sense of a history element to the game, and you can expect to see new crystals in the caves. You will also find telescopes, bundles, the sculk sensor block, and a new hostile mob called the Warden. This mob is well adapted to dark caves and reacts to movement instead sight.

The Mountain Update folks voted for last year will be included, which comes with the aforementioned mountain goats. The update also brings copper which will add an aging element to the game which means that over time your copper buildings will start to turn green.

It also includes another mob called the Axolotl which comes in a bucket. The cave-dwelling water creature can aid in you in battle.

Caves and Cliffs is coming in summer 2021.

Here are a few looks at it via Twitter:

Release your inner geologist and harvest crystal shards. These crystals aren’t only pretty, they’re also the key to a new crafting recipe, but first and foremost they’re pretty – so very pretty!

Get lost gold, shove off silver – there’s a new precious (well, semi-precious but still sooo shiny!) metal in the Overworld!

It’s the time for the age of copper!

Dreaming of a beautiful green-topped home, but feel as though you’ve long outgrown a dirt roof? Well, with copper, oxidation and a heap of patience, your home will fade beautifully to green!

What’s this Steve? Bundles? What a nifty way to – well – bundle things together and carry several different items in one inventory slot. Of course, stack limits still apply!

You can also leave your friends a bundle as a gift. Aren’t you nice?!

Brush in hand and on a quest for lost knowledge: we bring you archaeology!

What will you unearth from the past? Secrets, revelations, or maybe just a great pumpkin pie recipe?

The axolotl might easily be one of the cutest mobs we’ve ever added to Minecraft – don’t even start us gushing about how adorable they look in a bucket!

But looks can be deceiving, and this cutey is also a tough little predator…