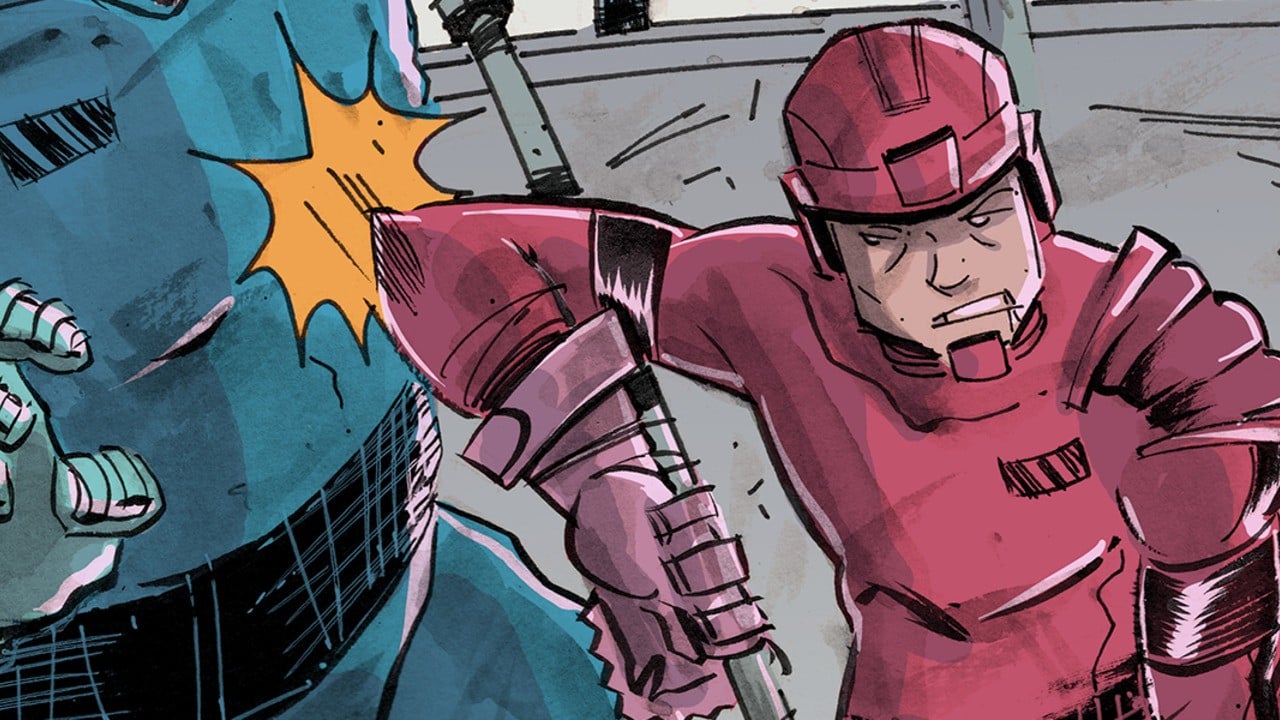 What’s sport without a bit of blood, eh? Whether we want to admit it or not, we all feel a tad bit of satisfaction when some pansy footballer finally gets a bloody nose after taking one too many dives, or when a boxer gets so messed up his face becomes a physical embodiment of 2020. Hockey is undoubtedly one of the more brutal sports out there, and now you too can inflict your own bit of sporting violence with Super Blood Hockey.

Developed by Loren Lemcke, Super Blood Hockey is a modern take on the classic NES title Ice Hockey, with gallons of blood chucked in for good measure. The core gameplay sees you control a team of four players plus an AI-controlled goalie (which you can eventually directly control if you complete a specific challenge), and your aim – naturally – is to score a goal by whacking the puck into the back of the net.

The gameplay is incredibly smooth for the most part; pixelated graphics and a distinct lack of visual ‘fluff’ ensures that the matches play out with minimal hitches. Skating over the ice rink feels exactly as it should, and you really feel the impact when you execute a perfectly aimed power shot on goal. Our only major concern is that things can get a little too hectic at times; with every player whacking each other over the head with their hockey sticks, a well planned out offensive attack can all of a sudden turn on its head, and you’ll be one goal down before you even figured out what the heck happened.

In an additional twist to the standard hockey gameplay (though not to the sport itself), you can also initiate fights with your opposing team, and vice-versa. If you whack a particular player multiple times, it will eventually trigger the fight sequence, in which both teams lay into each other until only one is left standing. The outcome of these fights renders one of the losing team’s players curled up on the ground with blood shooting out in every direction. Occasionally, this can actually lead to the untimely death of the player, bringing your headcount down for the rest of the match.

The game consists of several unique modes: Exhibition Mode, Tournament Mode, Challenge Mode, And Franchise Mode. The first two are self-explanatory, but the Challenge and Franchise Modes are pretty interesting: Challenge Mode tasks you with winning games under specific parameters, such as playing against a team double the size of yours, or taking part in a chaotic 12 v 12 match. Franchise Mode sees you become the coach of your very own team, and you’ll need to manage their stats, sell and purchase players, and plan out your tactics between each match day.

Super Blood Hockey is an entertaining sports game, but not necessarily one that will hold your attention for very long. Even with the abundance of options and game modes, the actual matches themselves play out rather similarly to one another, and there’s very little strategy at play here. Nevertheless, it’s a fun ride while it lasts, and you’ll undoubtedly blow off a bit of pent-up steam with this one.