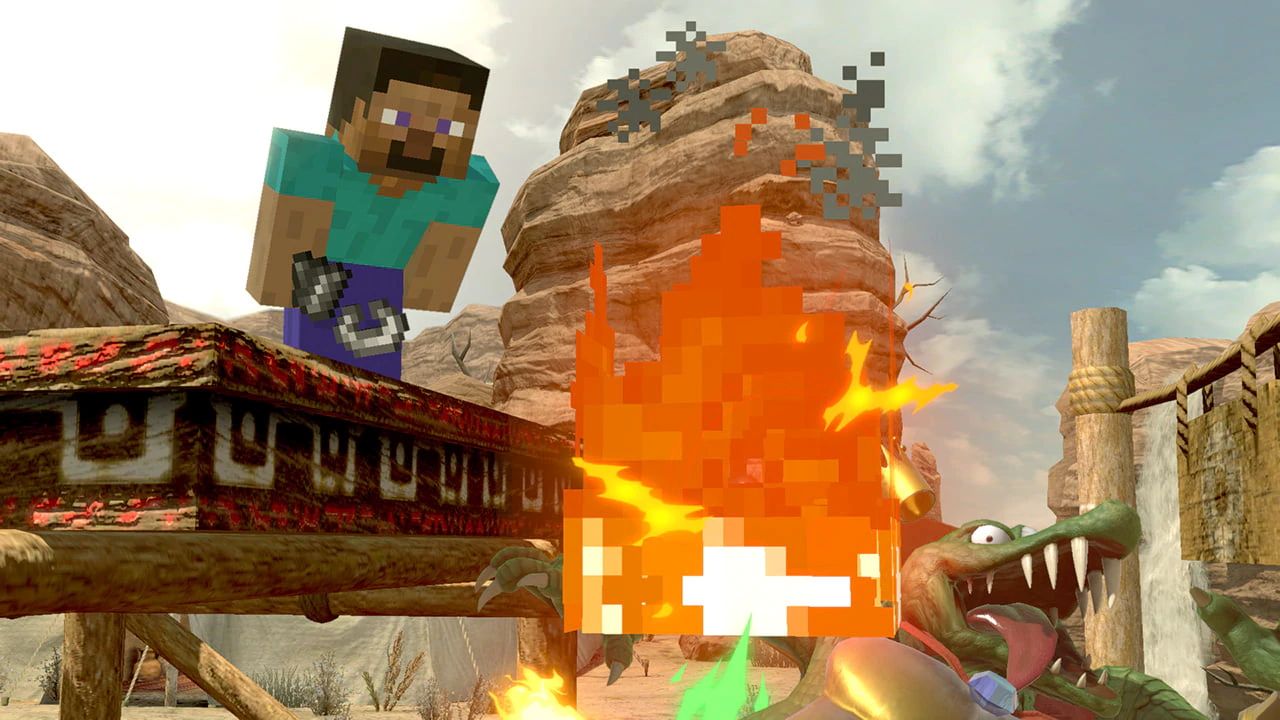 During today’s Super Smash Bros. Ultimate stream, it was announced Steve and Alex from Minecraft will be released as DLC on October 13.

The release date was announced during a special stream today featuring Masahiro Sakurai.

Steve and Alex will feature two color variations each for a total of six. When selecting this new fighter, players will be able to choose between a Steve or Alex skin, and can also choose to look like the Zombie or Enderman characters when playing.

Steve will be able to use an axe, sword, and pickaxe as weapons. Using the pickaxe, you can mine the area in front of you to collect materials and craft to strengthen tools as they will have limited durability.

The content will be available to those with Fighters Pass Vol. 2 for $29.99 or for those who purchase Challenger Pack 7 separately for $5.99.

Here’s the full list of features provided by Nintendo:

Alongside the release date for the DLC, new Mii Fighter costumes were announced.

Also out on October 13, the costumes include Minecraft’s Creeper, Pig, and the Diamond Armor. Other costumes include Bomberman, Gil, and Travis Touchdown from No More Heroes. Each will run you $0.75 each or the regional equivalent.

Finally, during the stream, new amiibo were announced for 2021: Banjo and Kazooie, Byleth, and Terry.