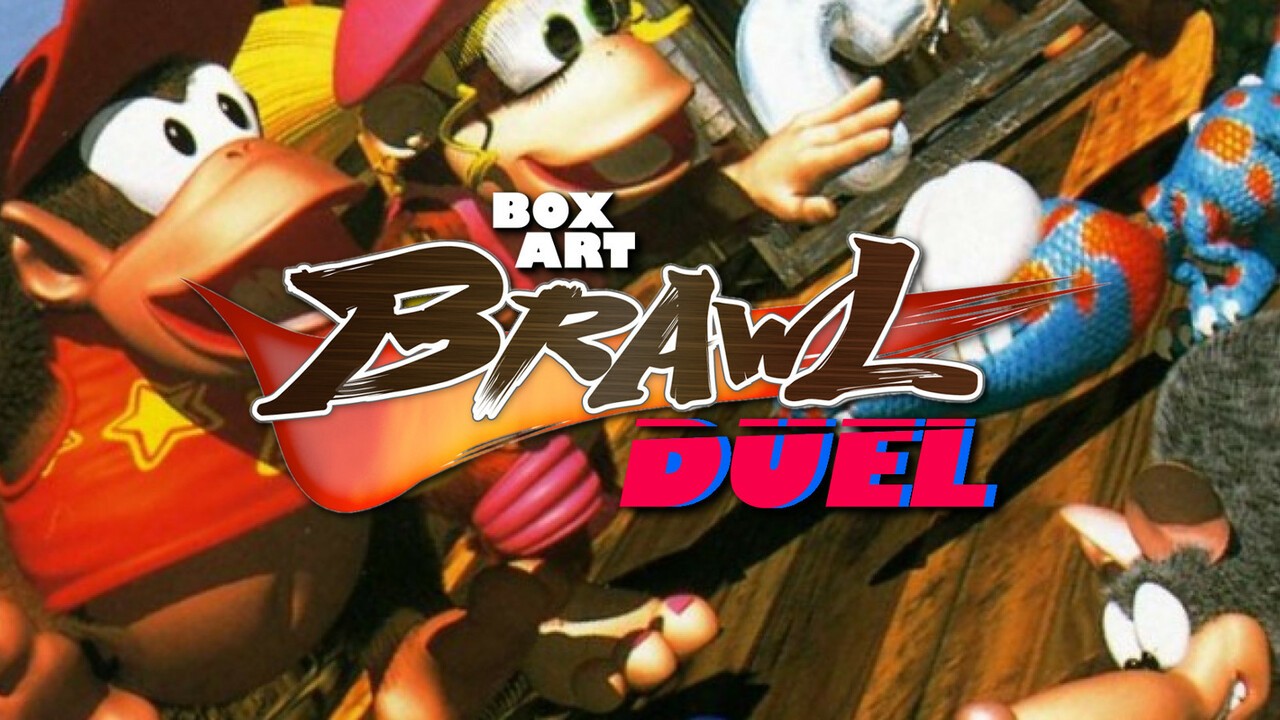 Welcome to Box Art Brawl, the video game cover contest that pits regional variants against each other in a fight for your vote.

Last time we observed a thrilling duel between Okamiden North American / European cover and the Japanese variant. Ultimately, it was an easy victory for Japan with over 70% of your votes going to the tranquil cherry blossom-filled cover. Lovely.

Today we’re observing another duel, this time featuring a game which recently arrived on Switch as part of the Nintendo Switch Online service — a 16-bit classic which will be celebrating its 25th anniversary next month. Yes, it’s time to decide if East or West got the best deal when it came to Rare’s Donkey Kong Country 2: Diddy’s Kong Quest.

The DK crew has appeared once before in this cover-based crucible when Donkey Kong 64 engaged in a three-way bout, but this is the series’ first 16-bit brawl.

Known as ‘Super Donkey Kong 2’ in Japan, the portrait Super Famicom cover features Diddy and Dixie Kong on the deck of a ship surrounded by enemies with DK caged in the background. A rather fetching logo is set against a cloudy blue sky in the top half.

Full of colour and character, this is a good start.

In some European countries, the black border was replaced with a purple one (the same colour used behind the ‘Diddy’s Kong Quest’ subtitle here), but it’s otherwise practically identical.

The western release features many of the same enemies and elements reconfigured for the landscape box, although the sky here is yellow and we can glimpse the ocean and land on the far right behind DK’s cage.

Plenty going on, although it arguably lacks focus. A tough choice this week, that’s for sure.

And that’s the end of this week’s brawl. Take care out there and we’ll see you next time for more box art-based battering.